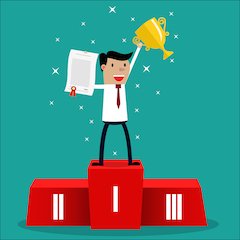 For the first time since 2007, AIG Companies has taken over as the top seller of annuities according to recently released data from the LIMRA Secure Retirement Institute (LIMRA SRI).

Aside from a new sales leader, there are two new companies in this year’s top five compared to 2017 sales, as Lincoln Financial Group jumped from the eighth spot to the fourth spot and Allianz Life jumped from seventh to fifth. TIAA and AXA US dropped out of the top five for 2018. The top five sellers of total annuities in 2018 representing 32% of market share were:

Fixed annuities not only had a record-breaking sales year (sales rose 27% to $133.5 billion, an all-time high), but they also have a new sales leader. According to LIMRA SRI research, this is the fourth consecutive year that annual fixed annuity sales surpassed $100 billion.

The top three sellers of fixed annuities were:

Those three companies alone represented 24% market share for total fixed annuity sales. In 2018, the top 10 companies held 55% of the market.

Those three represented 38% market share, and the top 10 companies held 78% percent share of the variable annuity sales market in 2018. 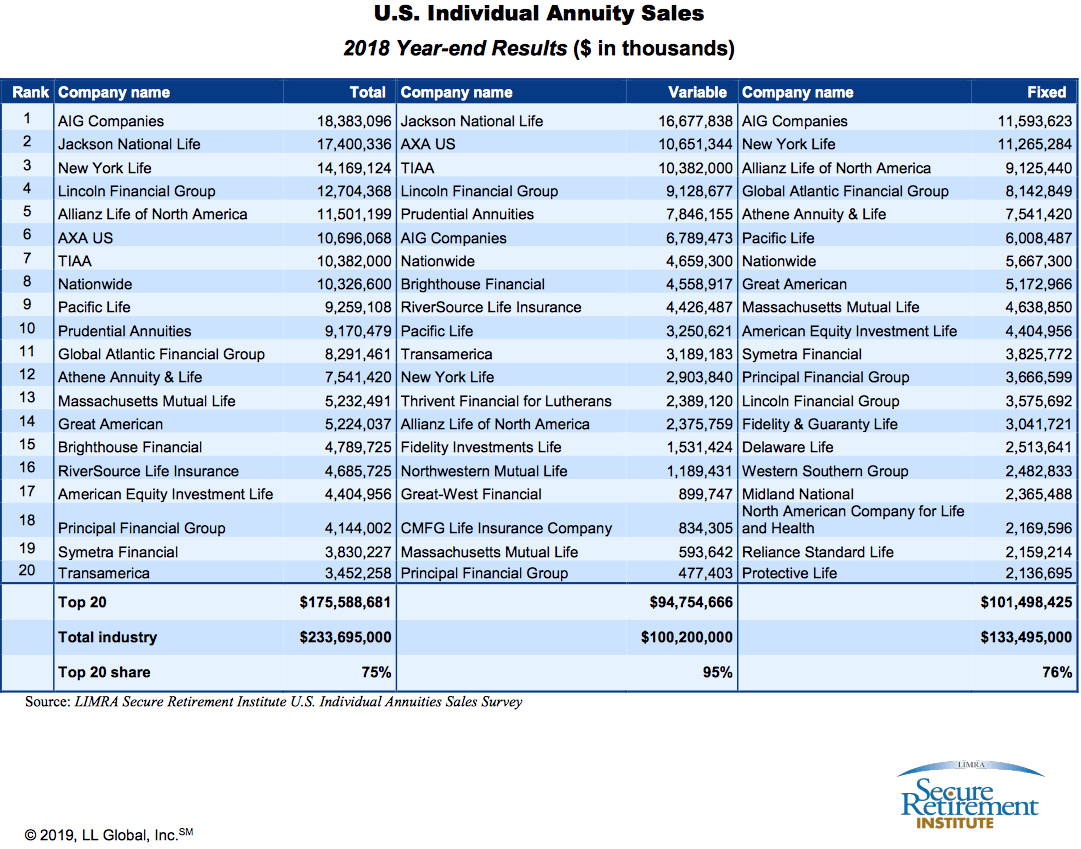