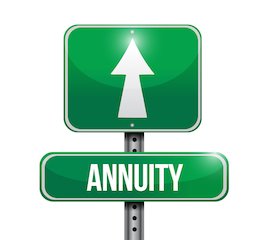 Non-variable annuity sales for the second quarter of 2018 were up 22% compared to the prior quarter, and increased 20% as compared to the same period last year, according to preliminary figures released Aug. 14 from the latest version of Wink’s Sales & Market Report.

The sales report from Des Moines-based Wink, Inc., is in its 84th edition with the upcoming release for 2nd Quarter, 2018. Non-variable deferred annuities include the indexed annuity, traditional fixed annuity, and MYGA product lines.

“I would say that the annuity industry is ready to get back to business,” said Sheryl J. Moore, author of Wink’s Sales & Market Report. “The recent increases in rates, coupled with the regulatory reprieve, will result in a confluence of sales momentum to close-out 2018 with record sales levels.”

Structured annuity sales are estimated to be down 16% from the prior quarter. Structured annuities have a limited negative floor and limited excess interest that is determined by the performance of an external index or subaccounts. “The important thing to remember is that these aren’t indexed annuities, although some companies are marketing them in that manner,” Moore said.

Preliminary results are only based on 94% of participation in Wink’s quarterly sales survey representing 97% of the total sales.

For more information, go to www.LookToWink.com.