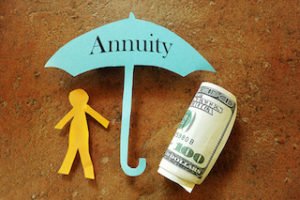 This is the fourth consecutive quarter of decline in overall annuity sales, according to the LIMRA Secure Retirement Institute’s First Quarter 2017 U.S. Retail Annuity Sales Survey, released May 18.

“Despite an improvement in the equities market and interest rate environment, uncertainty around the DOL rule overwhelmed any impact it may have had on annuity sales,” said Todd Giesing, assistant research director, LIMRA Secure Retirement Institute.

In the first quarter, variable annuity (VA) sales totaled $24.4 billion, down 8%. There has only been one quarter of growth when compared to prior years since 2012.

“While we believe the DOL is playing a significant role in the declining VA sales, this downward sales trend began before the DOL announced their rule,” Giesing said. “Sales with a guaranteed living benefit (GLB) continued to decline at a much faster rate than products without. In fact, where we are seeing growth is in the structured VA market. In the first quarter, structured settlements grew 60% compared to first quarter 2016. This segment represents about 5-10% of the total VA market.”

“Despite the decline in first quarter fixed annuity sales, this is the fifth consecutive quarter fixed sales outperformed variable sales,” said Giesing. “The last time this happened was nearly 25 years ago.”

“While we typically see a seasonal decline in the first quarter, we suspect there are some companies re-evaluating their product mix in anticipation of the DOL rule,” added Giesing. “Unless there is a change in the DOL fiduciary rule rollout, we are anticipating indexed sales in 2017 to decline for the first time in a decade.”

Sales of fixed-rate deferred annuities, (Book Value and MVA) fell 16% in the first quarter to $10.1 billion. Excluding 2016, first quarter 2017 results were better than sales in first quarter each year since 2009. First quarter 2016 was an atypical quarter in which a large block of business came to term with a sizable amount reinvested in the new fixed annuity products.

Income annuities had a tough quarter despite steady interest rates, as flexibility features in deferred annuities are trumping the higher payouts typically seen in income annuities First quarter single premium immediate annuity (SPIA) sales were $2.0 billion, down 20% when compared to the same quarter last year. Deferred income annuity (DIA) sales also fell. They were down 26% in the first quarter, to $545 million. The Institute projects income annuity sales to drop 5-10% in 2017, but rebound 10-15% in 2018.

The Institute expects overall sales in 2017 to fall below $200 billion, about a 5-10% decline, which will be the lowest annuity sales have been since 2001. 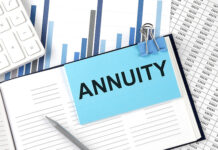