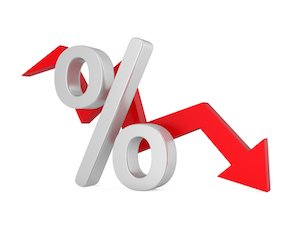 In 2017, total annuity sales were $203.5 billion, a decline of 8% from prior year, according to data released March 20 from the LIMRA Secure Retirement Institute (LIMRA SRI).

Overall in 2017, companies continued to face economic and regulatory challenges as prolonged low interest rates and anticipation of the Department of Labor (DOL) fiduciary rule damped manufacturers’ appetite for business. Yet the announced delay to implement the DOL rule until July 2019 and rising interest rates propelled a rebound in sales in the fourth quarter.

Variable annuity (VA) sales were $95.6 billion in 2017, down 9% from prior year. This marks the first time in 20 years that annual VA sales fell below $100 billion. The three top sellers of variable annuities were: Jackson National Life, TIAA and AXA US, representing a 42% market share. The top 10 companies held 78% market share in 2017.

Total fixed annuity sales were $107.9 billion, falling 8% from 2016 levels. Despite this decline, annual fixed annuity sales surpassed $100 billion for the third consecutive year. Based on LIMRA SRI research, it is the first time this has occurred. The top three sellers of fixed annuities were: New York Life, AIG Companies and Allianz Life of North America, representing 24% market share. The top 10 companies held 53% of the market in 2017. 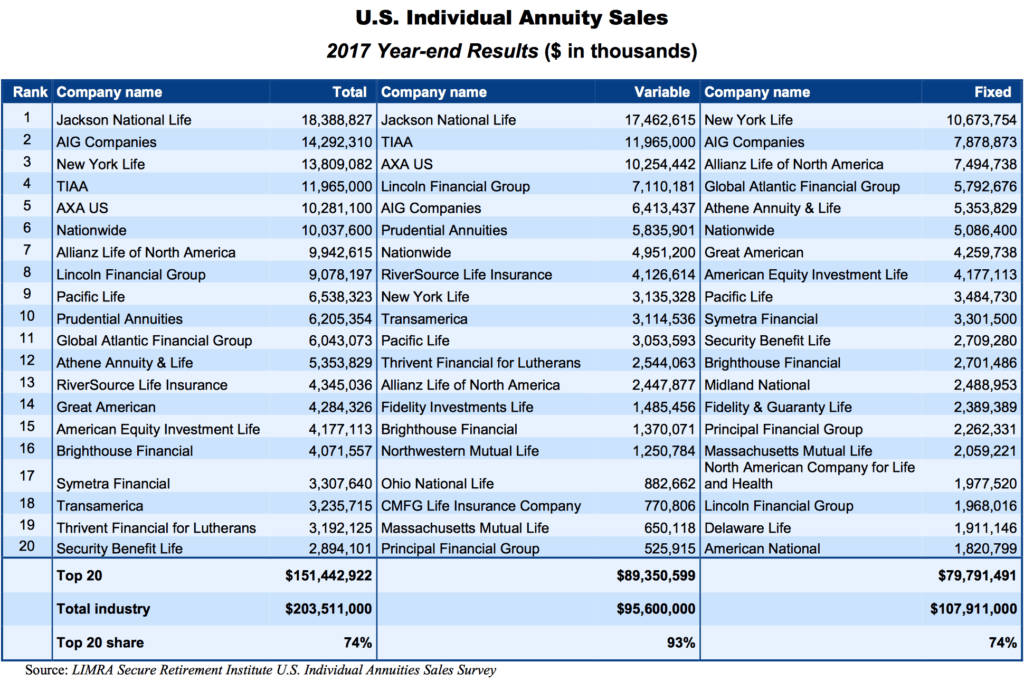 For additional insights into the U.S. annuity market, we invite you to watch the latest installment of LIMRA Unplugged. In this episode LIMRA Research Director Alison Salka talks with Todd Giesing, LIMRA SRI annuity research director, about 2017 annuity market results, the impact of DOL on the annuity market and what LIMRA SRI expects in 2018.