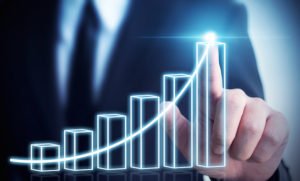 “This quarter’s FIA sales total represents the highest quarterly sales for FIAs ever,” said Todd Giesing, annuity research director, LIMRA SRI. “Despite declining interest rates, we are forecasting the current momentum of FIA sales to continue through the end of the year and expect sales of FIAs to exceed $70 billion for 2019.”

Fee-based FIA sales were $193 million in the second quarter. While this marks major growth for this market (188% over prior year), fee-based FIAs hold less than 1% of the total FIA market.

Total annuity sales were $63.9 billion in the second quarter, up 7% compared with the prior year results. This is the highest quarterly sales recorded since the first quarter 2009, and the third consecutive quarter where total annuity sales surpassed $60 billion.

Fixed annuities represented 60% of the total annuity market in the second quarter. Fixed annuity sales have outperformed VAs sales in 12 of the last 14 quarters.

After two consecutive quarters of declines, VA sales were $25.8 billion, level with second quarter 2018 results. For the first six months of the year, VA sales were $48.6 billion, down 4%, compared with prior year results. Traditionally, the second quarter is when VA sales are the strongest. LIMRA SRI expects increasing market volatility and falling interest rates will dampen VA sales for the remainder of the year. LIMRA SRI is forecasting total VA sales to be under $100 billion for 2019.

In the second quarter, registered index-linked annuity (RILA) sales were $4.14 billion, up 66% from prior year results. Year to date, RILA sales were $7.7 billion, 63% higher than results from the first half of 2018.

“While RILA sales have been driving overall VA sales growth recently – representing 16% of the total VA market – after two consecutive quarters in the $3.5 billion range, sales vaulted up,” Giesing said. “Heightened equity market volatility and the fact that major distributors have RILA products on the shelves helped RILA sales break through this plateau.”

“The 10-year treasury rate dropped nearly 50 basis points from the start of the second quarter,” Giesing said. “While we didn’t see significant impact on the fixed-rate deferred annuity market during the second quarter, there is usually a lag between in interest rates drops and sales declines. We anticipate sales to substantially drop in the third and fourth quarters.”

Single premium immediate annuities (SPIA) sales totaled $2.7 billion, up 8% from prior year. Year to date, SPIA sales were $5.5 billion, 20% higher than prior year.

“Traditionally, SPIA sales are strongly linked to interest rates. However, we see another dynamic coming into play,” Giesing remarked. “Over the past year, a growing portion of the assets invested in SPIAs are qualified assets. This is likely due to the rise in the number of individuals who are reaching the age for taking required minimum distributions, and choosing to convert a portion of their qualified assets into guaranteed income.”

Deferred income annuities (DIA) sales grew 26% in the second quarter, to $727 million. In the first six months of the year, DIA sales totaled $1.4 billion, 25% higher than prior year.

The second quarter 2019 Annuities Industry Estimates can be found in LIMRA’s Fact Tank.