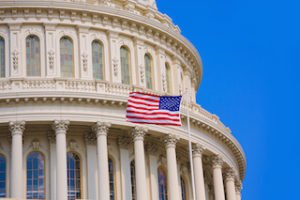 House and Senate leaders announced a deal Monday afternoon to include the SECURE Act in a legislative package to fund the federal government. The SECURE Act, HR 1994, is the most comprehensive retirement security legislation in more than a decade, since the Pension Protection Act of 2006.

It has been bogged down in the Senate since passing the House by an overwhelming bipartisan 417-3 vote back in May, thanks to “holds” placed on the bill by a handful of Senators that for months had prevented the bill from being fast-tracked to President Trump’s desk by unanimous consent. That all changed on Monday.

“We have a first down and goal on the 1-yard line,” said Wayne Chopus, president and CEO, Insured Retirement Institute, in a statement on Monday. “Congress and the President are about to deliver a meaningful, positive benefit to millions of American workers by expanding opportunities to save for and achieve a dignified retirement.”

The bill also expands opportunities for workers to obtain guaranteed lifetime income products, increases the age at which required minimum distributions must be taken from retirement accounts and repeals the age limit for IRA contributors – all of which can help ensure that retirees do not outlive their retirement savings.

Both chambers of Congress worked through last weekend to negotiate the details of this final wide-ranging, must-pass $1.4 trillion spending package for fiscal year 2020. The widely popular SECURE Act made the cut.

The spending bill is expected to be voted on Tuesday in the House, and then sent on to the Senate, where it would also be expected to pass before a looming Dec. 20 deadline to approve the spending bill and prevent a government shutdown, not to mention the fast-approaching Congressional holiday recess. It could be signed by President Trump by the end of this week.

“The SECURE Act is the most sweeping retirement security legislation to move through Congress in more than a decade. It would mark a significant step toward modernizing America’s retirement system for workers.

“Each day, 10,000 Americans turn age 65 and many can expect to live 20 years or longer in retirement. Yet, research shows that one-third of Americans approaching retirement have between nothing and $25,000 in savings to supplement Social Security income,” Neely said. “The SECURE Act makes important changes that will go a long way toward addressing the nation’s looming retirement crisis. One provision alone will get more than 700,000 small business employees nationwide to start saving for retirement. Another will make it easier for employers to offer retirement plans with lifetime income options through annuities.”

The SECURE Act’s Section 204 gives fiduciary safe harbor to 401k plan sponsors who include annuities among offerings to plan participants, something long craved by insurers who offer annuity products. Many defined contribution plan sponsors have been reluctant to offer annuities in their plans due to the concern about fiduciary liability if the annuity provider becomes insolvent. Under Section 204, if an annuity provider chosen for a 401k plan were to go out of business or defraud plan participants, employees would not be able to sue the employer afterward.

“This legislation removes the long-standing regulatory barriers that prevent companies from including lifetime-income options in their employees’ retirement plans,” said Graham Cox, executive vice president and head of MetLife’s Retirement & Income Solutions group. “MetLife is a strong supporter of these provisions and committed to ensuring that employees enjoy a secure retirement by having access to guaranteed income for life. Through the requirement that lifetime income estimates be included on annual defined contribution (DC) plan benefit statements, employees will gain a better understanding of how their savings translate into retirement income. The safe harbor provision, provided under the SECURE Act, increases workers’ access to solutions that will protect against the risk of outliving their savings. Both of these provisions provide valuable tools that will strengthen retirement security for millions of Americans.”

The primary “pay-for” to offset the estimated $389 million the SECURE Act would add to the federal budget over the next 10 years, is effectively an end to the popular estate planning tool known as the “Stretch IRA.”

Under the SECURE Act, the entire IRA or retirement plan would have to be distributed within 10 years of the death of the IRA owner.