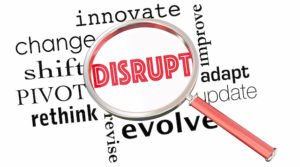 “The past year has been a challenging one for the insured retirement industry,” IRI President and CEO Cathy Weatherford said. “Annuity sales are down from their peaks, and persistently low interest rates and regulatory changes have driven manufacturers and distributors to adapt to new paradigms by developing new products and processes. We are, however, optimistic about the future of the retirement income industry, as it remains the sole industry positioned to meet Americans’ growing need for access to retirement solutions and lifetime income products. IRI also remains committed to advocating for common sense policies, like those contained in our Blueprint for Retirement Security, to help Americans achieve their retirement goals.”

The report also notes assets under management in annuities are at or near historic highs due to positive stock market returns, and within the various distribution channels shifts are occurring in product mixes as businesses adapt to the more onerous regulatory constraints resulting from the DOL fiduciary rule.

As the bull market heads into its ninth year, annuity providers are continuing to report healthy earnings and strong balance sheets with between $800 billion and $1 trillion in assets covered by some form of lifetime income benefit. But liabilities could increase significantly in the event of a severe market correction. If this were to occur, then having effective hedging programs in place would be crucial.

IRI further noted in the report interest rates reaching or exceeding 3% could lead to enhancements in income benefits, higher caps on earnings in indexed and buffered products, and potentially a tremendous boost in sales driven by demographical demand. However, the Department of Labor’s final fiduciary rule continues to pose a significant risk of further market disruption, so long as its future remains unsettled.

The State of the Industry also includes a review of IRI’s public policy agenda and focuses on the role it has played in influencing a variety of critical industry issues which have come before Congress and the Executive Branch. Some highlights of the work accomplished in moving the agenda forward include having conducted nearly 200 meetings with Members of Congress, producing research, and undertaking educational and advocacy campaigns, all of which contributed to helping achieve an 18-month implementation delay of the DOL’s fiduciary rule and the preservation of tax-deferred treatment of retirement savings and diversity of workplace retirement plans in tax reform.

The Department of the Treasury in a report on Asset Management and Insurance published in October 2017 embraced as recommendations to the President several of IRI’s public policy proposals. These included calling for the DOL to clarify a rule to allow employers to select products provided by insurers that meet certain existing regulatory requirements, such as minimum capital and reserving standards and recommending the SEC adopt a variable annuity summary prospectus rule.

Additionally, this year’s report looks at emerging trends among financial advisors. It explores how they are adapting to changes in products and processes, how they work with their clients, and how they view their roles and their value in helping clients save for retirement, create secure income, and navigate the many pitfalls that can derail the best of plans.

For a PDF of the full report, click here.

IRI announced final third-quarter sales results for the U.S. annuity industry on Dec. 8, based on data reported by Beacon Research and Morningstar, Inc.

“An uncertain regulatory environment continued to disrupt annuity sales in the third quarter,” said IRI President and CEO Cathy Weatherford. “The ambiguity introduced into the marketplace by the partial implementation of the DOL fiduciary rule has interrupted consumers’ access to financial products that are critical to a financially secure retirement. IRI is optimistic that recent drops in annuity purchases are a function of short-term regulatory disruption, and the needs of the thousands of Americans retiring each day will drive a strong recovery as manufacturers and distributors adapt to regulatory changes.”

According to Beacon Research, while sales of all fixed annuities fell in the third quarter, fixed indexed sales saw the lowest drop in sales, falling 9.2% to $13.6 billion from second quarter sales of $14.9 billion and comprising 59.6% of total fixed annuity sales. For the entire fixed annuity market, there were approximately $12.7 billion in qualified sales and $10.0 billion in non-qualified sales during the third quarter of 2017.

“While fixed annuity sales fell in the third quarter, they are still near historic highs as distribution of fixed and fixed indexed annuities continue to broaden,” said Beacon Research CEO Jeremy Alexander. “As manufacturers and distributors adapt to regulatory headwinds and ambiguity in the regulatory environment is resolved, we expect to see a strong recovery in sales volume.”

“The variable annuity business continues to face challenges as distributors adjust to changes made in the wake of the DOL fiduciary rule, and advisors adapt to new business processes,” said John McCarthy, Senior Product Manager at Morningstar. “However, we now see almost 40% of variable annuity assets in allocation funds, with the bulk of those assets under lifetime withdrawals benefits, versus 33% in the second quarter. This shift toward the asset allocation asset class provides diversification to VA owners in the event of a market correction, and a secure source of income.