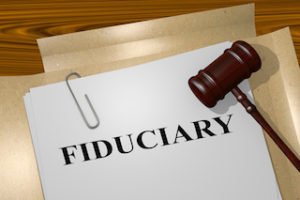 The way Financial Industry Regulatory Authority (FINRA) Chairman Jack Brennan sees it, the Department of Labor’s Fiduciary Rule has already reshaped the industry – regardless of whether or not the Trump Administration steps in to further delay or outright rescind it in its present form.

Speaking at the 2017 FINRA Annual Conference in Washington D.C. this week, Brennan, the former Vanguard CEO who now chairs FINRA’s board of directors, said whether or not the rule becomes law is now almost beside the point.

As reported in OnWallStreet on May 16, Brennan said that all the publicity the DOL rule debate has generated – and all the retooling it has forced the industry to undertake – has already reshaped consumer expectations in addition to business practices.

“Whatever happens to DOL, it served its purpose by getting the ‘best interest’ terminology into the industry and into the press and into a lot of things,” Brennan told attendees at this week’s conference, where he sat for an on-stage interview with FINRA CEO Robert Cook.

Nevertheless, the National Association for Fixed Annuities (NAFA) is still making a big last-minute push for agents, carriers and IMOs to contact President Trump and new Department of Labor Secretary Alexander Acosta, imploring them to act now to further delay the scheduled June 9 initial implementation of the rule.

In a May 16 email to members, NAFA Executive Director Chip Anderson noted the rule will take effect in just three weeks – “unless President Trump acts to stop this ill-conceived rule that will hurt our industry and our clients. Many of you have already written President Trump. But we need many more of you to get letters into the White House.”

Anyone with an eye on the news this week knows President Trump probably doesn’t have this particular issue at the top of his mind at the moment, and it doesn’t help that the President on Friday embarks on an eight-day trip to Saudi Arabia, Israel, Italy and Belgium. He returns on the 26th, leaving a mere two weeks before initial implementation is currently scheduled to begin.

“We must urge President Trump to instruct the Labor Department to delay the June 9th effective date so DOL can conduct a full review of the rule’s impact on retirement products and services before implementing any part of the Rule, as directed by the February 3 White House Memorandum,” Anderson’s email said. “Now is a particularly critical time with confirmation of the new Labor Secretary, Alexander Acosta, who we hope will help the President address this urgent need.”

With all the distractions facing President Trump at the moment, action by Acosta may indeed be the best chance for another delay. A May 10 article on NAPAnet.org detailing a meeting between Acosta and Sen. Tim Scott (R-SC) said finding a way to freeze the rule “that will stick” is Acosta’s “No. 1 priority.”

Anyone interested in contacting congressional representatives or sending a letter to the White House can visit this link from NAFA, which provides letters to personalize as well as the White House Comment Line number.

Getting back to Brennan’s comments this week, he continued to say the “best interest” measure of advice is well on its way to becoming the de facto industry standard. Even if the DOL rule is rescinded or significantly altered, Brennan anticipates the SEC or FINRA could move ahead with similar regulations.

“That channel is not locked, in a sense, by the Department of Labor,” he said, as reported in OnWallStreet. “My guess is the SEC and FINRA are going to go down that path, because it’s the right place to be.”

While implementation of the significantly expanded fiduciary definition and the impartial conduct standards of the rule is set for June 9, written disclosure requirements and the full best-interest contract exemption (BICE) are at this time scheduled for Jan. 1, 2018 implementation.

Back on April 17, the Insured Retirement Institute (IRI) submitted a comment letter to the DOL calling for an extension of the applicability date for the entire Fiduciary Rule until the Department completes the review mandated by President Trump.

“While we were encouraged when President Trump directed the Department to undertake an examination of all questions of law and policy raised by the Rule, we were surprised when the Department concluded that the two core elements of the Rule – the significantly expanded fiduciary definition and the impartial conduct standards – are ‘non-controversial’ and therefore do not need to be delayed beyond June 9, 2017. This conclusion is simply incorrect and premature,” IRI President and CEO Cathy Weatherford said in a statement.

“We urge the Department to delay the applicability date for all aspects of the Fiduciary Rule so it can consider new information submitted by IRI and others showing the harmful impacts of the Rule on Americans planning for retirement,” Weatherford’s statement continued. “Moreover, we urge the Department to rescind the Rule based on this new information and collaborate with the appropriate federal and state regulators to develop a consistent and workable best interest standard that will allow consumers to access the financial advice they need to achieve a financially secure retirement.”