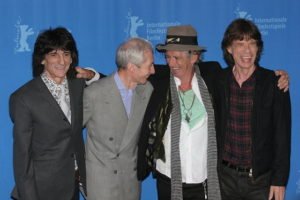 “You Can Get What You Need, When You Have an Annuity.”

So says a page on the website of the Alliance for Lifetime Income, a nonprofit 501(c)(6) organization formed and supported by some of the nation’s leading financial services organizations to create awareness and educate Americans about the importance of protected lifetime income – and the unlikely sole sponsor of The Rolling Stones 2019 “No Filter” U.S. Tour, which begins June 21 with a pair of shows at Chicago’s Soldier Field.

As a band that personifies longevity and living life to the fullest, The Rolling Stones continue to prove that age is just a number, and that living longer is really about continuing to do the things you love. And in the same way, millions of Stones fans want the freedom to continue doing what they love, regardless of age.

While retirement for some means life after work, many Americans are following the Stones’ example… reimagining and redefining the next phase of life. So irrespective of what retirement means to you, the important question to consider is will you have enough money to last and pay for the things you want to keep doing?

For Stones fans and millions of other Americans, the answer could be an annuity. Picking up where a regular paycheck leaves off, an annuity can give you income that’s protected and that you can count on to last the rest of your life.

Come join us and get a glimpse of how protected lifetime income from an annuity can help you live the life you want in retirement… with time on your side.

Alliance gets shout out in Rolling Stone

But let’s back up a second. How in the world did a little nonprofit with a short history ever manage to land such a big, high-profile sponsorship deal?

Rolling Stone (the music media site) was apparently wondering the same thing, and published an article on June 11 with the headline: “The Rolling Stones’ Newest Tour Opener? A Retirement Planning Lesson.”

The article notes most of the Rolling Stones’ fan base, “hovering between the ages of 45 and 75, is either approaching retirement age or already in it — which makes them the ideal demographic for the unlikely group sponsoring the band’s upcoming No Filter tour.”

The partnership was apparently spurred by the Stones’ previous relationship with one of the Alliance for Lifetime Income’s members – Jackson National Life – which had sponsored a Stones museum exhibit in Nashville last year.

Because the Alliance is a 501(c)(6) nonprofit, the cost of the deal was “far less” than that of a corporate brand deal, but the band was interested in supporting the cause, organizers say.

“One of the things about today is that people age and continue to live life to the fullest but don’t think about retiring,” Jean Statler, executive director of the nonprofit, told Rolling Stone. “We started talking to the Stones in June 2018 and jumped on the chance to be their tour sponsor. It was a dream come true. When you look at the demographics of people who follow the Stones — it was a way to get 100 percent coverage of our target audience of 45-to-75-year-old people with some investable assets, ready for their post-career living.”

Check out the Rolling Stone article here for more details about the tour sponsorship deal, and what the Alliance for Lifetime Income looks to get out of it.

The Alliance is focused on helping to educate Americans on the risk of outliving their income so they can enjoy their retirement lives. The Alliance provides consumers and financial advisors with the educational resources, tools and insights they can use to build plans for protected retirement income.