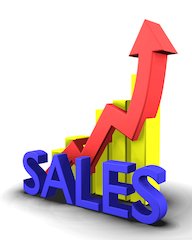 PLEASANT HILL, Iowa – Total 2014 fourth quarter indexed annuity sales came in at $11.9 billion, up 4% when compared to the previous quarter and up 3.5% when compared with the same period last year, according to the recently released Wink’s Sales & Market Report.

Noteworthy highlights for the 4th quarter include Allianz Life maintaining its position as the No. 1 carrier in indexed annuities, with a market share of 25.5%. American Equity Companies held on as the No. 2 carrier in the market; Security Benefit Life, Great American Insurance Group, and Athene USA followed up in sales, rounding out the top five. Allianz Life’s Allianz 222 Annuity was the No. 1-selling indexed annuity for the second consecutive quarter.

Guaranteed Lifetime Withdrawal Benefit (GLWB) utilization showed a decline, just as it did in the second quarter of 2014. Proprietary GLWB data provided survey participants with specifics on rider elections and commencement by age. “GLWB election rates continue to seesaw each quarter. Anyone that thinks that the ‘income sale’ is king in this low interest rate environment needs to check out our data,” Moore said.

“Indexed life sales remain strong, despite recent regulatory controversy regarding illustrated rates,” Moore said. “In fact, this was a record-setting quarter for indexed life sales; beating out the prior 4Q 2012 record by nearly 13%!”

Items of interest in the indexed life market this quarter include Pacific Life Companies maintaining its No. 1 position in indexed life sales, with a 14.6% market share. Aegon finished as second-ranked company in the market; National Life Group, Minnesota Life, and Accordia rounded out the top five companies, respectively. Western Reserve Life Assurance Company of Ohio’s WRL Financial Foundation was the No. 1-selling indexed life insurance product for the fourth consecutive quarter. The average indexed UL target premium reported for the quarter was $7,749, an increase of nearly 9.0% from the prior quarter.

For more information go to www.LookToWink.com.