Just as soon as the U.S. Senate confirmed Alexander Acosta as Secretary of Labor on April 27, a variety of insurance and financial services industry organizations called on him to take immediate action to delay the scheduled June 9 implementation date of the DOL’s controversial new Fiduciary Rule.

Critics of the rule may indeed need Acosta to step in after a provision to kill the rule was left out of the $1.07 trillion bill Congress agreed to over the weekend that would fund the federal government through September.

“We look forward to working with Secretary Acosta and are hopeful that he will bring much-needed leadership to the agency and will direct his immediate attention to delaying the June 9th implementation date of the fiduciary rule,” said Chip Anderson, Executive Director of the National Association for Fixed Annuities (NAFA). 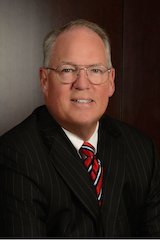 Anderson added that President Trump’s Feb. 3 Memorandum was unequivocal in its directive to the Secretary that his Department conduct a full examination of the rule and to prepare an updated economic and legal analysis of the likely impacts of the rule before moving forward with any implementation of the rule’s new requirements.

“The Department’s decision to implement certain parts of the rule on June 9th – including the new fiduciary definition and the impartial conduct standards – is in direct violation of the President’s order,” Anderson said. “NAFA strongly urges Secretary Acosta to take immediate action to delay the June 9th implementation date while the Department conducts its required review of the rule.”

“At a time when more Americans are shouldering the financial weight of retirement themselves, it is vital to develop and implement policies that will encourage Americans to save more for their retirement – including access to affordable financial advice,” Weatherford said. “We urge the Secretary to complete the examination of the Fiduciary Rule as directed by the President, and welcome the opportunity to work with the Secretary to put in place a consistent and workable best interest standard which will allow Americans to achieve a financially secure retirement.”

“FSR congratulates Secretary Acosta on his confirmation and we look forward to working with the Secretary to help ensure critically important financial services remain accessible and affordable for America’s workers and their families,” said FSR CEO Tim Pawlenty.

FSR called on Secretary Acosta to defer the Fiduciary Rule’s June 9 applicability date until a thorough review has been completed. Such a deferral would allow the Department and the Secretary an opportunity to more properly and fully examine the rules consequences in accordance with the Presidential Memorandum.

According to recent research by the American Action Forum (AAF), the fiduciary rule “has the potential to increase consumer costs by $46.6 billion, or $813 annually per account, in addition to the $1500 in duplicative fees for retirement savers that have already paid a fee on their commission-based accounts.”

FSR strongly supports a “best interest” standard and we believe all persons who provide personalized investment advice to retail customers, not just persons providing advice relating to retirement accounts, should be subject to such a standard. However, FSR also believes the Securities and Exchange Commission (for securities) and state insurance authorities (for insurance products) should help lead efforts to develop and implement such a standard to ensure it is applicable to different types of investment accounts, not unduly burdensome, and does not reduce access by modest income savers to needed, valuable and fair investment advice.

As a May 1 article in Investment News notes, there are two bills currently targeting the DOL rule. Rep. Joe Wilson’s (R-S.C.) bill would delay implementation of the rule for two years. A second bill, one that would overhaul the Dodd-Frank financial reform law, includes a provision that would kill the DOL rule and force the agency to wait until the SEC proposes its own fiduciary regulation before returning to its own measure.