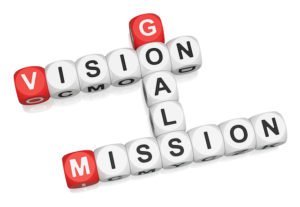 Wayne Chopus’ tenure as the Insured Retirement Institute’s (IRI) president and CEO is only 80 days old but already he has introduced a stream of structural and process changes to position the organization for further success.

Chopus told his personal story of what drives his passion for the retirement income industry and how he rose to lead IRI in an address at the organization’s annual marketing and communications conference called, “REACH,” held last week in Palm Beach Gardens, Fla.

Chopus was able to hit the ground running in his new role thanks to his background as an annuity industry insider with more than 25 years of experience leading sales, operations, and business intelligence efforts for The Hartford and Prudential. He also credits his four years of service on the IRI board of directors.

“My time on the IRI board of directors provided a deep respect and admiration for the impact the association made on behalf of the industry,” Chopus said. “When the CEO role became available, I felt that I could take the passion I had for annuities from the company level and expand that to a role that could impact the entire industry.”

Chopus credits his industry experience and the foundation built by his predecessor, Cathy Weatherford, to a smooth leadership transition and enabled him to act quickly.

“I immediately engaged the IRI board of directors on many key initiatives, educated them on the structural and process changes that I felt were necessary and ratified those efforts with a board retreat less than two months into my tenure,” Chopus said.

Among Chopus’ quick actions were updating IRI’s mission and vision, creating a set of strategic priorities for 2019 and implementing an operations plan focused on those priorities. He also ordered IRI’s first membership survey in five years to get broader input into what’s working and understand where improvement is needed.

“The survey results were very encouraging with members reporting broad satisfaction but also pointed out where we need to improve,” Chopus said. “We’ve heard you, and we’re going to act on it,” he told the audience of more than 200 industry representatives and guests.

In the midst of internal, process and personnel changes, Chopus said that IRI continued serving members with advocacy, research and expertise. IRI launched its Federal Advocacy Blueprint earlier this month plus its first-ever State Advocacy Blueprint. The group also finalized its annual Baby Boomer retirement study to be released in April and worked to execute the REACH conference.

Chopus added that a key focus of IRI will be a leadership role to advance technology.

“The annuity and life experience currently lags consumer expectations,” he said, noting that Amazon offers and delivers products with hours or days. That same consumer expectation is going to include financial service products and those who are not ready will suffer the consequences.

“We’ve created a future-facing review board focused on future Ops and Tech and have established multiple working groups to engage in a process to find the best solutions,” Chopus said.

Chopus’ other focus is communications. He’s launching a quarterly, town hall-fashion, all-member conference call so members can hear straight from him what their organization is doing to advance their interests.

I’m a big believer in communications that generate feedback, input and engagement,” he said. “We want to know what you think. The more we know from you, the stronger IRI will be.”

He concluded his remarks reflecting again on what motivates him to serve the annuity industry.

“I think about my parents and in-laws. And millions of people like them. And how our products fill a vital need. Every day everyone in this room works collectively to help Americans retire securely with dignity. I’m all-in. And so is my team. And I know you are, too. And together I am confident that in partnership we are all going to accomplish what we set out to do.”