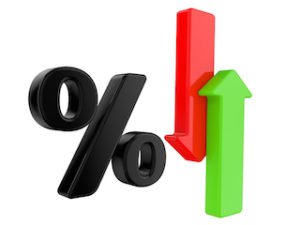 The survey also revealed record-setting sales of fixed indexed annuities last year, and tanking variable annuity sales. The gains for fixed and FIA products were not enough to increase overall annuity sales in 2016, which were down 6%.

After strong results in the first three quarters, fixed annuity sales actually fell 13% to $25.7 billion in the fourth quarter.

“Unlike the last several years where indexed annuities propelled overall fixed annuity growth, in 2016, fixed-rate deferred was the primary driver of fixed sales in 2016,” said Todd Giesing, assistant research director, LIMRA Secure Retirement Institute. “A large block of fixed-rate deferred annuities purchased in 2009 came due in the first half of the year, creating a significant amount of money in motion.”

In the fourth quarter, sales of fixed-rate deferred annuities, (Book Value and MVA) fell 9%, to $7.7 billion. In 2016 fixed-rate deferred product sales were $38.7 billion, up 25%. The Institute expects sales to rebound in the first quarter 2017, responding to the post election interest rate spike late in 2016.

“Despite lower than expected sales in fourth quarter (down 13% from prior year), fixed annuities held on to break its 2015 sales record. This marks the ninth consecutive year of growth for FIAs,” noted Giesing. “We have noticed FIA sales have declined quarter over quarter since the Department of Labor (DOL) reclassified FIAs under the best interest contract exemption. Until there is some clarity on the DOL fiduciary rule, the Institute expects sales to continue to drop in 2017.”

Despite the 85 basis point jump in the 10-year Treasury interest rate, fixed immediate annuity sales fell 23% in the fourth quarter to $2.0 billion. In 2016, fixed immediate income annuities grew 1% to $9.2 billion.

“Until yields come up, consumers are going to resist giving up liquidity for the guaranteed income offered through income annuities,” said Giesing. “That said, demographics are in our favor, we expect slow steady growth in the income annuity market.

“Aside from the DOL fiduciary rule, one of the factors driving VA sales declines has been a drop in sales of products with guaranteed living benefit riders,” noted Giesing. “LIMRA Secure Retirement Institute is expecting sales of variable annuities with a GLB rider to be around $50 billion in 2016. This is a decrease of nearly $20 billion from last year, and a drop of over 50% from just 5 years ago.”

Fourth quarter results are illustrated in the chart below. To view variable, fixed and total annuity sales over the past 10 years, please visit Annuity Sales 2007–2016. The Institute will release the top 20 annuity manufacturer rankings in mid-March, following the last scheduled earnings release from survey participants.