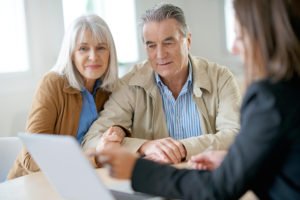 Retiree annuity owners feel more confident that they are more likely to afford their preferred retirement lifestyles – even if they live to age 90 or older – than retirees who do not own an annuity.

The report, The Differences They Make: An Advisor, an Annuity or a Formal Plan in a Retiree’s Life, finds more than half of retirees who own an annuity (52%) own more than one annuity – nearly a third (32%) own two annuities; and 20% own three or more annuities. 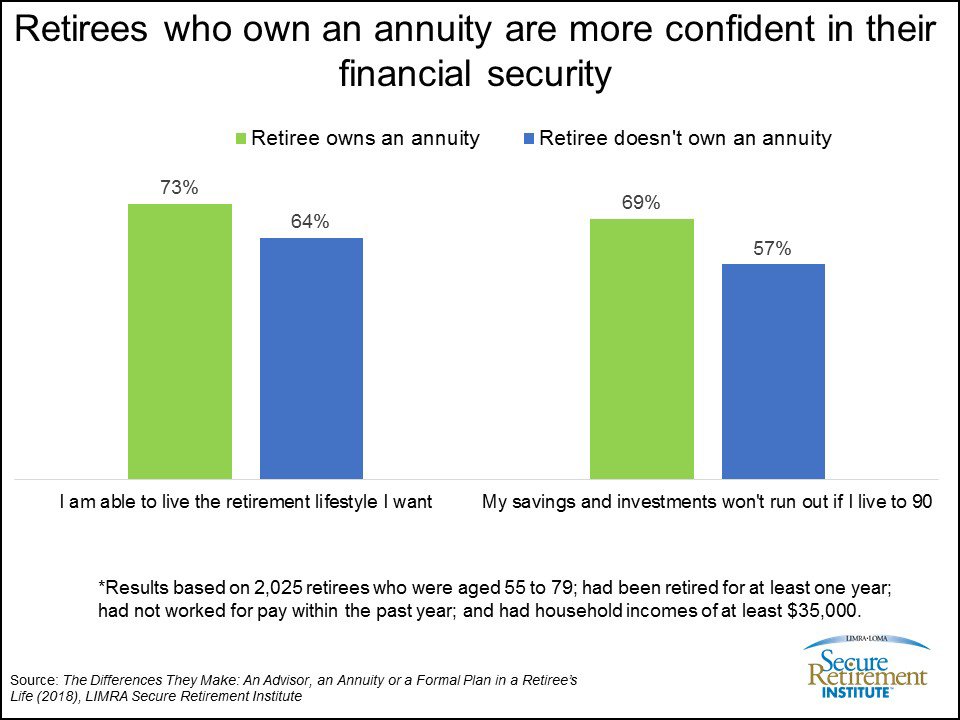 Prior Institute research finds retirees and pre-retirees who have a formal retirement plan are three times as likely to feel very prepared for retirement. They are also twice as likely to have estimated how long their assets will last in retirement and have a specific plan for generating income from their savings.

A formal retirement plan often includes determining income, assets and expenses, and identifying and mitigating the potential risks a retiree faces in retirement. An annuity can be an important tool, providing a lifetime guaranteed income stream for their clients. The Institute found annuity ownership rate is nearly 70% higher among households that have completed a formal plan than households without plans.

Despite the fact that formal retirement plans lead to sales of guaranteed income products, advisors report they have completed formal retirement income plans for only 35% of their retired clients. Institute research shows more than 50% of affluent and high-net-worth (HNW) clients (assets $500k or more) do not have formal plans.

Nearly half of the affluent and HNW clients with a formal plan have consolidated 90% or more of their assets with their advisors — more than double the clients with similar range of assets but without a plan.

Institute research finds retirees with formal plans are more likely to experience lower or as-anticipated essential living expenses compared to retirees without plans. To avoid the disparity between expectations and experiences, a good formal plan is essential. Painting a realistic, affordable picture of life in retirement is one of the advisor functions most valued by clients.

A formal written plan can align the prospective retiree’s expectations with reality. Determining what expenses will be in retirement and supporting them with predictable sources of income, like an annuity, will help ensure retired clients can feel confident in their financial security.

In December 2016, LIMRA Secure Retirement Institute surveyed 2,025 retirees who were aged 55 to 79; had been retired for at least one year; had not worked for pay within the past year; and had household incomes of at least $35,000. 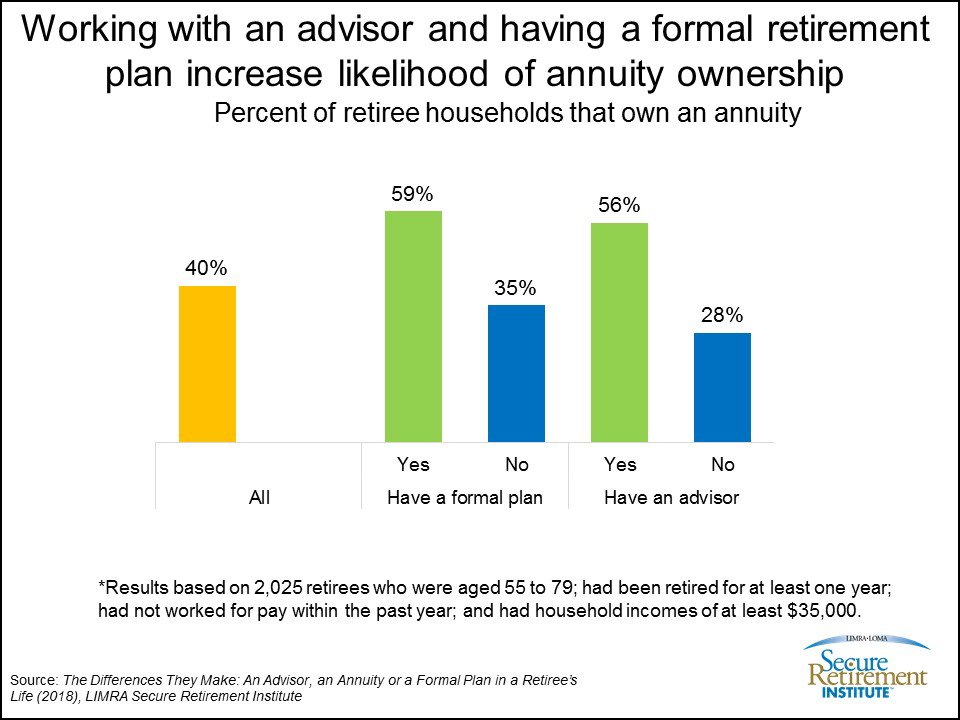 LIMRA, a worldwide research, learning and development organization, is the trusted source of industry knowledge, helping more than 850 insurance and financial services companies in 64 countries. Visit LIMRA at www.limra.com.