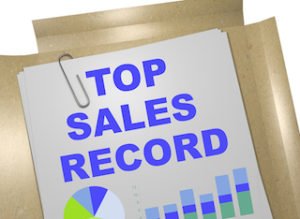 Total annuity sales in the fourth quarter of 2018 were the highest they have been in any quarter since the beginning of 2009, according to new data released Feb. 20 from the LIMRA Secure Retirement Institute’s Fourth Quarter 2018 U.S. Retail Annuity Sales Survey.

With the cloud of the Fiduciary Rule gone, total annuity sales in 2018 increased an impressive 14% to $232.1 billion, compared with 2017 results.

“Total fixed annuities had a record breaking fourth quarter, achieving the highest level of sales for fixed annuities in a quarter – ever,” noted Giesing. “This jump in quarterly sales can be attributed to higher interest rates and increased equity market volatility. This is the fourth consecutive year where annual fixed annuity sales surpassed $100 billion. This is the first time it has occurred since LIMRA SRI began tracking sales.”

Registered indexed-linked annuity sales (RILAs) topped $3 billion this quarter, an increase of more than 10%. For the year, RILA sales will near $11 billion and represent more than 10% of total VA sales.

The fourth quarter 2018 Annuities Industry Estimates can be found in LIMRA’s Data Bank. To view variable, fixed and total annuity sales over the past 10 years, visit Annuity Sales 2008-2017. Top 20 annuity rankings will be available in mid-March.