Winning new commercial accounts usually comes down to delivering improvements in one of the three arenas of competition: price, service or coverage. Recently though, we heard a story that took success to another level and made everyone a hero. Here’s what happened, in the agent’s own words:

We were talking with the COO of a big fabric mill in New England. He felt like the company was stuck on an insurance treadmill. Year after year, their agent shopped the markets to lower premiums. But because their safety and claims record was not good, they were shuttled from carrier to carrier, and their liability, equipment, and other coverages were placed with multiple carriers to take advantage of whatever pricing improvements their agent could find.

When we first met with him, after we toured the operation and understood the details and the history, we told the COO that we thought we could turn this pattern around, but to do that we’d need his commitment to change the company’s profile. Our plan was to reduce their exposure, and document the changes so we could show the carriers that the company now qualified for lower premiums.

The timing must have been right. The COO was encouraged and determined to turn things around. He convinced the mill owners to invest in physical improvements, safety education, and important process changes. The owners were tired of paying maxed-out rates year after year, and were ready for a change – even if that meant having to bite the bullet by putting money into long-ignored safety measures.

The first thing we did was discuss the situation with one of our main underwriters who agreed, based on our assessment, to partner with us and the mill to identify the changes that would allow the carrier to write their coverage less expensively. Their Safety Engineers visited the mill, and had a series of consultations to determine what needed to be changed, fixed, and eliminated so that the rates could be reduced.

The first change they instituted was to install a new sprinkler system, at an expense of about $45,000 — that change alone reduced their annual premiums by more than $50,000.

The mill company’s COO is really the hero of the story. Because of his confidence and determination, the owners abandoned their costly band-aid approach to risk, cleaned up their act, and were finally able to reap the rewards. In the very first year of the relationship, we saved them $150,000 on their premiums, and improved their coverage at the same time.

It’s a safe bet that their relationship will endure for a long time. The story is a great example of how outside-the-box thinking can solve problems that the usual solutions only patch over.

Not every situation, of course, lends itself to this sales approach. But when it does work, everybody’s a hero: the COO upped his reputation and earned a nice bonus, the mill owners lowered insurance costs and put an end to annual pricing roller-coaster rides, the agent won a new, loyal client.

And you, Dear Reader, now have a great story to share with your own prospects who might also benefit from this kind of full spectrum risk management approach.

You could even say the incumbent agent benefited, too. While he lost a big account, he gained a valuable lesson that broadened his perspective and might very well inspire him to offer similar solutions in the future.

Joe Arak is President of Professional Marketing Associates, based in Amherst, Mass. PMA provides a range of marketing resources for producers and agencies, including telephone appointment setting and the BtoB Advantageemail newsletter service. If you’re curious to learn more you can check out PMA at www.pmaadvantage.com, or reach Joe at [email protected] or 413-230-3155. 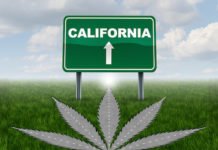 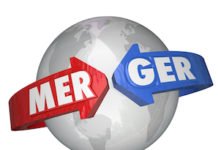