As the calendar turned to July, marking the halfway point of the year, it was announced that ACE Limited will pay $28.3 billion in cash and stock to acquire rival Chubb Corporation in what is being called the largest-ever merger between two companies in the insurance industry.

This comes just a day after the announcement that global reinsurance and insurance broker Willis Group Holdings and professional services and analytics firm Towers Watson have agreed to an all-stock merge of equals valued at $18 billion.

Two days, two blockbuster deals in a year sure to shatter mergers and acquisitions records in the insurance industry by the time the calendar turns back to January. Low interest rates impacting insurers’ investment income and minimal hurricane claims in the U.S. in recent years are being credited with driving the frenzy of merger activity in the P&C and commercial insurance markets, while a desire not to get left behind by rivals seems to be driving interest in mergers in the U.S. health insurance market.

The health insurance market is soon expected add to this year’s merger mania, as the “Big 5” – UnitedHealth Group, Anthem, Cigna, Aetna and Humana – are all rumored to be discussing deals that could well consolidate that Big 5 down to an even bigger three.

Anthem is pursuing a $47.5 billion takeover of Cigna (which Cigna is rebuffing), and has also expressed interest in Humana. UnitedHealth is considering a bid for Aetna, which meanwhile is rumored to be very close to closing a deal to acquire Humana. Cigna has also been rumored as interested in taking over Humana as a way to defend itself against takeover approaches from Aetna, UnitedHealth or Anthem.

Most analysts seem to feel that – barring antitrust hurdles – one and probably two mergers among the Big 5 will occur in the coming months. Stay tuned… As for the two announced P&C mergers, please read on.

ACE Limited and The Chubb Corporation announced July 1 that the Boards of Directors of both companies have unanimously approved a definitive agreement under which ACE will acquire Chubb. The acquisition is expected to be completed in early 2016.

The combined companies will operate under the Chubb name and be led by ACE Chairman and CEO Evan Greenberg while Chubb CEO John Finnegan will serve as executive vice chairman for external affairs of North America and oversee the integration of the two companies.

“We are thrilled to announce the acquisition of Chubb, a venerable company with a great brand,” Greenberg said in a press release announcing the deal. “This transaction advances our strategy in a meaningful way and represents an outstanding opportunity to create significant value over a reasonable period of time for both ACE and Chubb shareholders. We are combining two great underwriting companies that are highly complementary. We will make each other better and create a unique company in a class of its own that has greater growth and earning power than the sum of the two companies separately.”

Chubb’s Finnegan said the deal is a compelling transaction for all Chubb and ACE stakeholders. “The combination brings together two highly respected and successful companies with complementary capabilities, assets and geographic footprints. We are confident that it will deliver strong value to Chubb shareholders, including an immediate premium and participation in the future growth and profitability of a well-positioned combined company,” Finnegan said. “We are pleased that the combined company will adopt the Chubb brand and view this as an affirmation that both companies share a commitment to the attributes of quality and service the brand represents. We look forward to working together as we create a best-in-class global franchise in P&C insurance.”

In the United States commercial lines business, ACE provides a broad range of products and services for industrial commercial, multinational and upper middle market companies with distribution substantially through a major brokerage presence. Chubb is primarily a middle-market commercial, specialty and surety insurer with a broad product portfolio and a major agency presence. In personal insurance, Chubb is a leading provider of personal lines coverage to high net worth customers in the U.S. while ACE has been increasingly focused on these customers as well.

• To read more about the ACE-Chubb deal, click here.

Willis Group HoldingsandTowers WatsonJune 30 announced the signing of a definitive merger agreement under which the companies will combine in an all-stock merger of equals transaction.

Based on the closing prices of Willis andTowers Watson common stock onJune 29, 2015, the implied equity value of the transaction is approximately $18 billion. The transaction has been unanimously approved by the Board of Directors of each company. The combined company will be namedWillis Towers Watson.

The combination of Willis andTowers Watsonbrings together two highly complementary businesses to create an integrated global advisory, broking, and solutions provider to serve a broad range of clients in existing and new business lines. The combined company will have approximately 39,000 employees in over 120 countries.

John Haley, Chairman and Chief Executive Officer ofTowers Watson, said in a press release announcing the deal, “This is a tremendous combination of two highly compatible companies with complementary strategic priorities, product and service offerings, and geographies that we expect to deliver significant value for both sets of shareholders. We see numerous opportunities to enhance our growth profile by offering integrated solutions that leverage Willis’ global distribution network and superb risk advisory and re/insurance broking capabilities to deliver a more robust set of analytics and product solutions across a broader client base, including accelerating penetration of our Exchange Solutions platform into the fast growing middle-market. We also expect to realize substantial efficiencies by bringing our two organizations together, and have a well-defined integration roadmap to capitalize on identified savings, ensure the strongest combination of talent and practices, and realize the full benefits of the merger for all of our stakeholders.”

Haley continued, “Importantly, our organizations share a client-first mentality and a focus on providing services and solutions that consistently exceed clients’ expectations. As we bring these two companies together, we are confident associates across both organizations will enjoy increased development opportunities as part of a stronger and more global growth company.”

Dominic Casserley, Willis CEO, said, “These are two companies with world-class brands and shared values. The rationale for the merger is powerful – at one stroke, the combination fast-tracks each company’s growth strategy and offers a truly compelling value proposition to our clients. Together we will help our clients achieve superior performance through effective risk, people and financial management. We will advise over 80% of the world’s top-1000 companies, as well as having a significant presence with mid-market and smaller employers around the world.”

Casserley continued, “We look forward to bringing Towers Watson’s innovative solutions to our clients alongside our broking and advisory services. The opportunity to deliver significant savings to our growing middle market client base with Towers Watson’s market-leading private exchange platform is particularly attractive.”

The transaction is expected to close byDec. 31, 2015, subject to customary closing conditions, including regulatory approvals, and approval by both Willis andTowers Watsonshareholders. After closing, the combined company will maintain its domicile inIrelandand significant presence in major markets around the world.

• To read more about the Willis-Towers Watson deal, click here 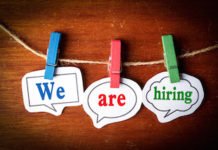 PIA names Acuity its 2018 Company of the Year 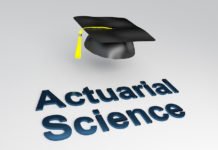