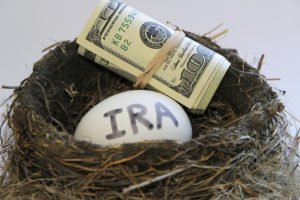 Fidelity Investments this week released its second annual analysis of over seven million Individual Retirement Accounts (IRAs), which revealed that average contributions for tax year 2013 reached $4,150, a 5.7% increase from tax year 2012 and an all-time high. Average balances were $89,100, a nearly 10% year-over-year increase.

“Saving more, paying off debt and spending less were the top three New Year financial resolutions cited in a recent Fidelity study and our IRA analysis indicates that Americans are taking those financial resolutions seriously,” said Ken Hevert, vice president, Fidelity Investments. “The fact that IRA contributions are up across all age groups is a positive indication that many people are indeed committed to saving for retirement by putting at least a portion of what they earn into tax-advantaged vehicles such as an IRA.”

The findings from Fidelity, which says it is the No. 1 provider of IRAs to investors, shows investors 50 years of age and over continue to save the most in Traditional and Roth IRAs. Younger investors, those in their 20s, 30s and 40s, are adopting strong savings behaviors and have made strong increases with overall average contributions—3.9%, 6.7% and 6.2%, respectively from 2012 tax year to 2013 tax year.

Additionally, average contributions to Roth IRAs continue to outpace average Traditional IRA contributions on both ends of the age spectrum. Younger investors, who are more likely to be eligible to contribute directly to a Roth IRA, can take advantage of tax-free growth potential and withdrawals, while older investors utilize the savings vehicle when they are no longer able to contribute to a Traditional IRA as a result of reaching age 70 ½.

During tax year 2013, Fidelity says its customers increased their use of mobile check deposit withFidelity Mobile Apps for smartphones and tabletsby over 1,000%. By using a mobile device’s camera, customers can snap a photo of a check and deposit funds into their Roth and Traditional IRA accounts.