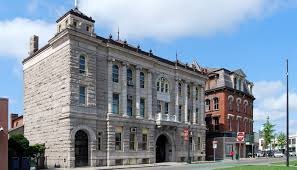 A recent case in Massachusetts illustrates the dangers of not properly advising clients on adequate coverage limits.

On Feb. 7, after a 13-day jury trial, a Bristol County, Mass., jury found The FBInsure Insurance Agency, Inc. (“FBInsure”) and its President, Russel F. Martorana, liable to the City of Taunton for $2 million for failing to advise on adequate limits for ordinance or law coverage, according to an article on Massachusetts insurance news website Agency Checklists, published on Feb. 13.

According to the article, FBInsure handled all the insurance business for the City of Taunton (about 40 miles south of Boston) for 10 years, and the city’s premiums totaled over $600,000 per year. One of the city’s buildings, 100-year-old Taunton City Hall (pictured), was placed with Axis Insurance for the policy year 2010. In August of that year, Taunton’s City Hall was set afire by an arsonist.

While the fire was put out in about 30 minutes, the volume of water poured into the building’s attic soaked the walls and ceilings of the lower three floors of the building.

In 2011, the City administration settled its property claim with Axis Insurance for $4,818,345. Not all of that sum was paid, however, as Axis withheld $1,587,905 in code upgrade expenses, recoverable depreciation, and reimbursement of the $100,000 deductible based upon the city rebuilding City Hall within a two-year deadline.

The article says by 2012, Axis refused to pay the City the withheld $1,587,905. The City itself, by this time, also had determined it was “woefully underinsured” for the losses it had suffered. The City’s insurance policy with Axis had a $1,000,000 limit for code upgrade coverage. However, the estimates the City received for the code upgrade expenses alone were more than $5,000,000.

More details from the article:

In August 2012, the City of Taunton sued Axis Insurance for breach of contract, FBInsure and its President, Mr. Martorana, for negligence. The complaint also contained claims under M.G.L. c. 93A for unfair and deceptive business practices.

In its complaint, the city alleged it had relied upon the expert advice and counsel of FBInsure and Mr. Martorana, who had personally handled the placement of insurance for the city’s building, to coordinate and meet the City’s complex insurance needs. As a result of this alleged negligence, the City claimed it had a lack of appropriate coverage that it claims it should have had. In particular, the City alleged that FBInsure and Mr. Martorana had failed to advise the City that for an additional premium of $5,000 per year, the limit of its law or ordinance coverage of $1 million could have been increased to the $10 million limit the City claimed it should have had to have been adequately insured…

…Before the jury began to hear the case, Axis Insurance settled with the city for $600,000. FBInsure and Mr. Martorana went to trial and the jury found against them for $2 million of the City’s $6 million claim.

After the verdict, Mr. Martorana was quoted as saying that the agency and he were “disappointed in the verdict,” and that there would be an appeal.

Under Massachusetts law, any final judgment bears interest from the filing of the suit at 12% interest per annum, so, the $2 million award will have more than $1,315,000 added to it for prejudgment interest.

City of Taunton Solicitor Jason Buffington said the city’s successful lawsuit against its former insurance agent is an important win for the city, but told the Taunton Gazette that the action was not based on any form of personal animus.

“There are no hard feelings. We still see them as our neighbors and important members of the business community,” Buffington told the Gazette.

FBInsure has roots tracing back to 1858, and employs a staff of 85 insurance professionals in eight locations with a client base of over 20,000 personal and commercial clients. FBInsure is designated as a Five-Star Agency by the Massachusetts Association of Insurance Agents.

Since the incident, in an effort to prevent being put in such a position again, the City of Taunton has enlisted the services of a local insurance professional to act as an insurance adviser. The city’s current insurance agent is Taunton-based Allan M. Walker Insurance Agency, which has placed city coverage with Argonaut Insurance Company.