Money addicts are everywhere. Take the case of Deed Amin Salem. A former Goldman Sachs trader, he sued the company because he only received an $8.5 million bonus. Apparently, he’d been expecting $13 million and told his mother about it. When he didn’t get what he thought he deserved, he filed suit on the grounds that a shortfall would disappoint her.

And then there’s Sam Polk. In his New York Times op-ed piece, he wrote of his latest $3.5 million bonus. “I was angry because it wasn’t big enough. I was 30 years old, had no children to raise, no debts to pay, no philanthropic goal in mind. I wanted more money for exactly the same reason an alcoholic needs another drink: I was addicted.”

And then we have Daniel Vasella, former CEO of Novartis, a pharmaceutical company. Quoted in an academic paper, Vasella said, “the strange part is, the more I made, the more I got preoccupied with money. When suddenly I didn’t have to think about money as much, I found myself starting to think increasingly about it. Money corrupts the mind.”

As an insurance or financial-services professional, chances are you view money in a different light. That’s because you’re probably more interested in using your financial resources to build a company from scratch, to enhance your sales and marketing systems, and to leave a legacy for your family. In other words, you view money as a useful tool to achieve desired ends. You don’t view it as an end in itself.

But some people develop unhealthy attitudes about—and behaviors toward—money. They find it impossible to stop behaving in ways that damage themselves and everyone around them. They also lose control over their actions, even though they may recognize their behavior is irrational or unethical. Factor in the money addictions of millions of people and you end up with a U.S. (and global) economy that runs on excess and is prone to catastrophic meltdowns as we saw in the 2008 financial crisis.

Now, we all know that money is an essential part of life. It provides safety, security, sustenance, and self-worth. It buys food for our families, toys for our children, and cash for hobbies and vacations. But for some people, especially those who carry emotional wounds tracing back to childhood, money attitudes become distorted.

For susceptible individuals, earning or hoarding money provides an extra thrill that normal people don’t experience. With each big bonus or investment portfolio statement, their brains experience a “rush” of the neurotransmitter dopamine. And because this chemical is so addictive, the brain develops tolerance and needs bigger hits over time. So the financial appetite grows steadily, yet it can never be satisfied.

As tolerance builds, people get increasingly obsessed with their finances. They devote more of their time and energy to acquiring, spending, or hoarding their money. Everything else in their lives—spouses, children, parents, hobbies, and social endeavors—becomes secondary. What’s more, their sense of personal identity becomes wrapped up in their finances. As their money need grows, they literally forget know who they are or what they’d do without it.

Eventually, they lose all capacity to think rationally about money. One key question in that regard is knowing when enough is enough. Sam Polk saw a lot of “money guys” doing jobs they complained about for another year just to add $2 million to their $20 million cash hoard. “On Wall Street . . . that sense of ‘enough’ is rare,” he wrote in the New York Times.

So what are the telltale signs of a wealth-addiction crash? Here are five major ones:

In short, money-addicted business owners or professionals have lost their ability to think clearly—and behave rationally—when their financial futures are at stake. In such cases, exhortations to change will be fruitless. Better approach: get professional help from a therapist who understands money’s allure and who has treated cash addicts effectively in the past. 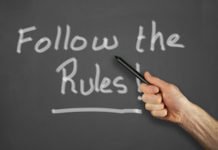 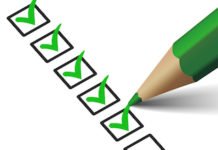