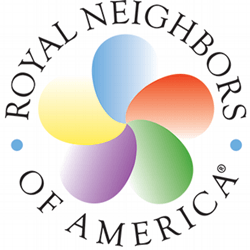 ROCK ISLAND, Ill. – Not all women lie about their age. Royal Neighbors of America, one of the nation’s largest women-led life insurance organizations, proudly celebrates its 120th anniversary in 2015.

For more than a century Royal Neighbors has been on the forefront of social change. Historical accomplishments include being one of the first insurance organizations to insure women, public support of the suffragette movement and the 19th amendment, and providing disaster aid during the 1906 earthquake in San Francisco.

Royal Neighbors was also one of the first fraternal societies to insure children and recognize mortality studies establishing the fact that women on average live longer than men, and to reflect that difference in life insurance premiums.

None of this would have been possible, however, without nine strong, forward-thinking women who founded the organization, which was chartered as a fraternal benefit society in 1895. This was before women in the U.S. were allowed to own property or vote, and at a time when general education for women was not encouraged, and lack of financial education was the norm.

“While some secrets may seem provocative, women should not be in the dark regarding their finances,” said Cynthia Tidwell, CEO of Royal Neighbors. “It’s critical for women to know their worth and protect their financial futures with adequate budgeting, savings, and life insurance plans so that sickness, unemployment, retirement, or widowhood will not threaten their security.”

In celebration of 120 years of service Royal Neighbors will highlight various historical achievements in women’s history throughout the year. As part of its continued innovation and forward thinking, the organization is also breaking new ground with the release of its patent-pending Promise Plus, a suite of products combining a whole life insurance product with a Cancer Waiver of Premium Rider to benefit women in the event of a diagnosis of cervical, ovarian, or breast cancer.

Royal Neighbors’ Cancer Waiver of Premium Rider allows someone with Promise Plus1 coverage to waive two years of premium payments if diagnosed with Stage II or greater breast, cervical, or ovarian cancer prior to turning 60 years old. In addition, if she recovers from one of these cancers and is diagnosed with one of the other covered cancers, she can access the benefit again. In fact, she can use the benefit once for each type of covered cancer.

Royal Neighbors of America empowers women to meet the needs of their families with annuities and life insurance products such as whole life, term, final expense, and universal life. It has the financial strength and stability to ensure its nearly 180,000 members are protected when the expected, and unexpected, happen.

In addition to insurance products, Royal Neighbors provides value-added member benefits not available with traditional companies, which currently include scholarship opportunities, free and discounted legal services, health and retail discounts, and participation in volunteer activities that give back to communities through the organization’s local chapters. Royal Neighbors’ philanthropic efforts are dedicated to changing women’s lives through its national programs, including the Nation of NeighborsSM Program, and through the Royal Neighbors Foundation, a 501(c)(3) public charity.

1Promise Plus consists of the Essential Whole Life (Form Series 1314) and the Cancer Waiver of Premium Rider (Form Series 2084). Certificate and riders are not available in all states. Contractual provisions and limitations may vary by state. Subject to reinsurance and underwriting requirements.

Member benefits are provided at the discretion of Royal Neighbors of America and are not available in all states. They are not part of any insurance or annuity contract and are not guaranteed.