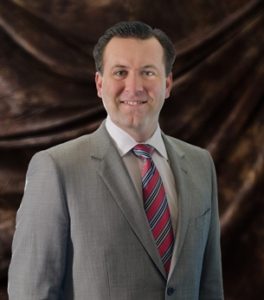 JACKSON, MS – (Publication/Release Distribution Channel) –Jason Peets has been named Chief Administrative Officer of Morgan-White Group, Inc. (MWG).  In this capacity, Peets will assume responsibility of the company’s Third Party Administrator (TPA) and continue his role as Manager of the Special Markets Division.

Peets began his career with MWG in 2006 as an agent for MWG Employer Services. In 2008, he was named Manager of the Special Markets Division. After progressing to Vice President of MWG later that same year, Peets was added to the Boards of Directors and named Vice President for both AmFirst Insurance Company and Monitor Life Insurance Company of New York.

As Manager of the Special Markets Division, Peets is instrumental in the development and implementation of new products. He focuses on building relationships with MWG’s carrier partners, distribution channels and other strategic alliances nationwide. In his new position, Peets will continue his invaluable role in Special Markets and oversee the TPA. Initially, his plans are to identify areas within the TPA that can realize an immediate boost in efficiency by streamlining a few processes. By the end of 2014, his goal is to have this arm of MWG poised to attain new levels of service and productivity.

Peets, a native of Greenville, MS, holds a Bachelor of Science degree from the College of Agriculture and Life Sciences, and a Minor in Finance from Mississippi State University.