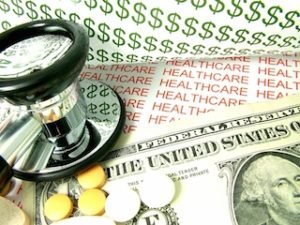 One out of every six adult workers (16%) whose primary health insurance comes from an employer are staying in jobs they might otherwise leave out of fear of losing their health benefits, according to a new study conducted by West Health and Gallup.

The fear is even more pronounced among Black workers and those making less than $48,000 a year. Overall, Black workers (21%) are more likely to say they would stay in an unwanted job for purposes of keeping their health benefits than White workers (14%), a statistically significant difference.

As such, Black workers are an estimated 50% more likely to be staying in their current job for this reason than are their White counterparts. Hispanic workers (16%) are not statistically different from either of the two groups. And workers in households earning under $48,000 per year are nearly three times more likely to stay in an unwanted job for the health benefits than are workers living in households earning at least $120,000 per year (28% to 10%, respectively).

With millions of workers staying in unwanted jobs for the health benefits, concerns run high among all adults that the rising cost of care will persist to the point of being unaffordable.

Recent research showed that 18% of U.S. adults—an estimated 46 million persons—could not afford quality healthcare if they needed it today. New results estimate that around 135 million adults are worried that they will eventually reach this point—if they haven’t already.

Over half of survey respondents are either “concerned” or “very concerned” that the cost of healthcare services (53%) and the cost of prescription drugs (52%) will continue to rise in the future to the point that they will no longer be able to afford them. Black and Hispanic adults have modestly elevated concerns about the rising costs of healthcare compared with White adults. Forty-two percent of respondents, in turn, report concern that they would not be able to pay for a major health event, including 49% of Hispanic adults and 47% of Black adults.

Majority want government to step in

The survey found substantial support for the federal government to play a bigger role in reducing the financial burden of healthcare on individuals and families via selected approaches. Such support is nearly indistinguishable among those with government-run or private insurance plans or those with no insurance.

About three-quarters favor setting limits on prescription drug price increases (77%), capping hospital prices in areas with few or no other hospitals from which to choose (76%) and negotiating lower prices for some high-cost drugs without lower-priced alternatives (74%). Another 65% support placing government limits on prices charged by out-of-network care. Those with private insurance were just as likely as those on public health plans (including Medicare and Medicaid) to favor government intervention.

The proposals generally have bipartisan support, even though Republicans are less likely than Democrats and independents to support a stronger government role. This includes majority support among Republicans for all proposals except for establishing limits on prices charged by out-of-network care, for which 81% of Democrats, 64% of Independents and 43% of Republicans strongly or somewhat agree with government action.

Agreement levels for the remaining proposals are:

Capping prices for hospitals in certain markets with limited or no competition:

Allowing the federal government to negotiate prices for certain high-cost drugs that have no competitors:

Overall disagreement with the proposals is comparatively low, ranging from 11% who report that they strongly or somewhat disagree with capping prices for hospitals to 15% for establishing limits on out-of-network care.

Approximately 158 million people, or more than half of the U.S. adult population, receive health insurance via their own employer or the employer of a household member.

As such, the 16% of workers who are remaining in their jobs for the sake of their benefits will frequently extend to other individuals other than themselves, bolstering their reluctance to seek out other work. The higher levels of these sentiments among Black workers and those in lower-income households underscores the disproportionate role that employment plays in needed health coverage for some Americans.

High healthcare prices are likely fueling the problem. In the past five years, the average insurance premium for a family of four has increased 22%, and in 2020, premiums increased more than wages.

The generally high agreement with several proposals for government action designed to contain the cost of various forms of care is understandable, particularly so as those with insurance are voicing support at levels that match those without it. Gallup says such sentiment could bolster the Biden Administration politically as it prepares to release a number of health policies intended to strengthen the Affordable Care Act, expand Medicaid, and allow Medicare to negotiate prescription drug prices.