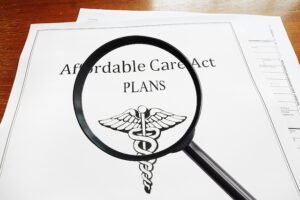 A new analysis from AARP’s Public Policy Institute finds that nearly half of older adults purchasing health insurance through the nongroup health insurance market faced unaffordable health coverage in 2019, compared to only 30% of younger adults.

As a result, a growing share of older adults remained uninsured: 9% of all 50-64 year-olds, more than half of all older adults who don’t have access to job-based or public health coverage. While AARP said the Affordable Care Act (ACA) has significantly narrowed racial and ethnic coverage disparities in health coverage among 50-64 year-olds, about 20% of Hispanic/Latino and Native Americans in that age range are uninsured – almost triple the rate for non-Hispanic whites.

AARP’s analysis found that in 2019, a 64-year-old earning slightly above the threshold to be eligible for premium subsidies under the ACA faced an average premium that was nearly 30% of their income.

Two recent policy changes could help older adults who are currently uninsured purchase affordable coverage. A provision of the American Rescue Plan Act caps the amount an individual pays for health insurance in the marketplace at 8.5% of income for two years. This provision went into effect April 1, overlapping with a special enrollment period that allows people to purchase health insurance through the nongroup market until August 15.

“While the Affordable Care Act has greatly reduced the number of older adults who are uninsured, coverage has remained unaffordable for far too many people aged 50-64, particularly those who are Hispanic/Latino and Native Americans,” said Nancy LeaMond, AARP Executive Vice President and Chief Advocacy & Engagement Officer. “We want to make sure that the millions of currently uninsured older adults know that new subsidies are available to them beginning April 1.”

AARP started an informational campaign April 1 to let older adults know about the special enrollment period and new subsidies that could greatly reduce the cost of health insurance for millions of Americans.

Older adults can visit www.aarp.org/ACA for more information about how to get health insurance during this period. The campaign will focus on Hispanic/Latino and Native American older adults, as they are far more likely to be uninsured.