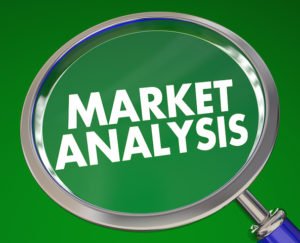 Alabama has yet another title.

Sure, the University of Alabama Crimson Tide football team recently won its sixth NCAA national championship under Head Coach Nick Saban, but the title we’re talking about here is considerably less desirable – that of being the state with the least competitive commercial health insurance market in the U.S.

The newly released American Medical Association (AMA) report, Competition in Health Insurance: A Comprehensive Study of U.S. Markets, 2017 Update, has Alabama, historically ranked as among the least competitive health insurance markets in the nation, once again in the top spot thanks to Blue Cross Blue Shield of Alabama’s continued dominance in the state.

A key question of public policy is whether health insurance markets are competitive or whether insurers have market power, which can harm consumers and health care providers. A useful indicator of competition and market power is market concentration. The U.S. Department of Justice and the Federal Trade Commission examine concentration in their evaluation of proposed mergers between firms.

One of the division’s most significant efforts is the annual Competition in Health Insurance study. It has also conducted analyses of past and proposed mergers among health insurers.

The new study rankings are based on 2016 data on the degree of competition in health insurance markets. It is intended to help identify areas where consolidation among health insurers may cause anticompetitive harm to consumers and providers of care. The study reports the two largest insurers’ commercial market shares and the concentration levels (HHIs) for markets across the U.S. To measure market concentration, the researchers used the Herfindahl-Hirschman Index (HHI), a measure used by the DOJ and Federal Trade Commission (FTC) as an indicator of market competition.

Blue Cross Blue Shield of Alabama was the only health insurance carrier offering plans in the Alabama exchange in 2017, and they already insured the majority of the state’s exchange enrollees prior to 2017, when there were multiple insurers offering coverage. But for 2018, residents in the Birmingham area can choose from two different insurers in the exchange, as Bright Health has begun offering a total of six exchange plans in that area, plus two off-exchange-only plans.

Nationally, the new study reveals that at least one insurer held a commercial health insurance market share of 30% or greater in 9 out of every 10 metropolitan statistical areas, and in 43% of MSAs, one insurer’s share was at least 50%. That’s up from 40% of MSAs in 2014.

Sixty-nine percent (270 of 389) of metropolitan statistical area (MSA)-level markets studied were highly concentrated. The average HHI across MSA-level markets was 3353.

The study did not include mention of states with the most competitive markets, but Modern Healthcare listed them separately based upon HHI rankings from the DOJ and FTC (see below).

Source: Competition in health insurance: A comprehensive study of U.S. markets, 2016 and 2017 updates. Based on market concentration levels as determined by the HHI—a measure used by the U.S. Department of Justice and the Federal Trade Commission—in the combined HMO+PPO+POS+EXCH market.

10 states with the most competitive commercial health insurance markets, 2016

The full study, free for AMA members, is available here: