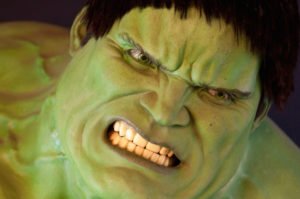 Highly trained physicians, power-wielding CEOs, A-list actors, well-compensated partners in high-level law offices – you would be hard-pressed to find many that have placed life and disability insurance at the top of their “to-do” list. And even fewer would likely say that having a succession plan in place should things go badly is at the forefront of their thinking.

The reason? For most it’s a sense of invulnerability while steadily navigating to the top of their respective career ladders, to the point that they have the feeling of being adorned in impenetrable armor that makes a career-ending disability a distinctly remote possibility. They feel they are superheroes in their chosen profession and invincible to the perils of mortals. However, sometimes even superheroes, like the Avengers, as they get set to save the world once again on April 27 with the release of “Avengers: Infinity War,” need more protection than just a shield and a suit of armor. If these mega-superheroes need insurance, then so do your high-end clients.

Let’s take for example, Thor. Big strong guy, God of Thunder, even held his own while battling the Hulk. It’s hard to believe that constantly swinging and throwing that heavy hammer around isn’t doing some serious damage to his rotator cuff and upper body. Maybe your client has the same problem while indulging in playing golf or tennis; the constant repetition could easily tear a muscle. What can you offer to compensate a client whose livelihood depends on performing intricate surgery or drawing up plans for $500 million steel-and-glass skyscrapers? If he can no longer work because of a career-threatening injury to his shoulder, how will he be compensated above what a traditional income replacement policy would offer, when the traditional policy falls incredibly short for your most highly compensated clients?

For the Avengers, the threat of a debilitating injury on the job always orbits around them in the form of flying hammers, shields, arrows, and laser beams. Though, that’s the world they choose to live in while battling aliens dropping from the sky and psychotic robots.

It’s a world not so dissimilar to that of any of your clients whose livelihood can be deterred by the very thing that makes them a superstar in their chosen profession. A surgeon can nick a nerve with a scalpel; a celebrity chef can lose a finger while slicing and dicing; an A-list actor who likes to do his own stunts can suddenly realize too late that maybe he needs a stunt double. For these possibilities, protection needs to be in place. If any of the above scenarios happen to your highly compensated clients, they will need protection above the traditional insurance policies to compensate for a lifestyle they are accustomed to.

The reality is, the traditional disability income replacement market is designed for the masses. When you get to $1,000,000+ annual earnings and “superhero” status, you need superhero-level armor and disability income protection.

If a career-threatening injury, or an illness, threatens their livelihood, even the Hulk isn’t going to be able protect to them or their business. But there are products in play that can shield them from such a possibility, to serve as a bridge to the compensation they are accustomed to.

Even superheroes can be disgraced

Of course, your client’s livelihood can also take a self-inflicted hit, no matter how popular he or she might be. After all, the Avengers saved the world not once, but twice, and the next thing they know their PR takes a severe blow because while they were saving mankind they were also knocking down skyscrapers in New York, crashing aircrafts onto the Washington Mall, and taking a small European nation on a 20,000-foot-high ride, all resulting in heavy collateral damage. It happens.

It’s hard to turn on the news or go online and not see a report of a public figure being fired or a contract pulled due to sexual misconduct allegations. Actors, producers, TV anchors, chefs and senators make up the bulk of an ever-growing list of men being accused of sexual misconduct. Whether a public figure or someone in the C-suite, anyone of lofty status can fall on hard times and take their organization down with them after suddenly taking a major PR hit. It’s no wonder that there has been a significant rise in the number of policies being issued to cover individuals when a scandal emerges. 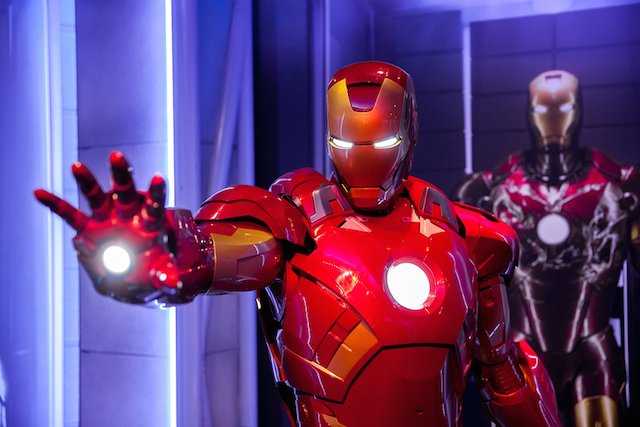 Hypothetically speaking, what if Tony Stark makes inappropriate remarks to Black Widow, one of his co-workers? Aside from being a really dumb idea (have you seen her fight?), Stark has automatically opened himself up to a sexual harassment suit that even a “genius, billionaire, playboy, philanthropist” could have trouble recovering from. The adverse publicity could also very well threaten the reputation of the Avengers as a group, that is should Nick Fury and S.H.I.E.L.D. not have in place the proper disgrace insurance, protecting the heroes if their reputation takes a serious hit.

Putting a succession plan in place

Who exactly is the leader of the Avengers? Is it Tony Stark or Steve Rogers? With this debate ongoing, perhaps it would be prudent for the group to think about putting a succession plan in place, should Captain America or Iron Man be killed or get obliterated by the bad guys. As in the real world, it is not only the leader’s respective strength, but also their visionary thinking that has kept the Avengers alive.

The need of the Avengers for leadership is no different than those of the visionary tech titans who fuel Silicon Valley, the influential, forward-thinking partners in a powerful Manhattan law office, or the brain trust behind a revolutionary new drug. It’s important that a succession plan be in place to protect a company should that key human capital not be able to perform their duties due to a serious injury or debilitating illness.

This is exactly why policies like Key Person Disability exist. All successful companies, no matter the size, have key personnel as the foundation driving success, whether that person is the one saving New York or the one designing the buildings in New York. What happens if those rainmakers become disabled? Will the company keep moving forward or stop dead in its tracks? With Key Person Disability, coverage can exceed $100 million in benefits for the superheroes of the corporate world.

Multi-Life Insurance… for those who don’t have multiple lives

When “Avengers: Infinity War” hits theaters, the stakes will be even higher. Unless you can turn big, green and angry, then your fight is a little closer to home, with the priority focused on protecting your highly compensated clients from events that could impact their professions and their lives.

You may not be able to wield the Hammer of the Gods, but with the backing of Lloyd’s of London the good news is that there are now plans available that can supplement what is being offered by traditional carriers with plans designed to meet client needs and objectives. These plans allow individuals to obtain high-limit income protection using leveraged buying power to negotiate discounted rates, more attractive policy provisions and, perhaps most importantly, eliminate cumbersome medical underwriting.

When a group has members, whose salaries vary based on their importance to the group, then a Guaranteed Standard Issue Program (GSI) could be beneficial. For instance, the members in the Avengers all make seven figures and receive a highly competitive benefits package. Similarly, for the highly paid CEO, fund manager or lawyer, the coverage from domestic disability carriers is limited on the amount of insurance they can provide. Even highly experienced benefit advisors may not realize a top level of protection exists. If the Avengers and high-earning professionals are only protected with traditional Group Long-Term Disability (LTD) and a second layer of individual disability insurance (IDI), it’s likely the limits of their traditional coverage are inadequate. However, there are products available that can deliver a multi-life discounted rate program with monthly disability benefits capable of protecting millions of dollars in annual compensation.

No matter how you look at it, this is an exciting time for advisors to have at their fingertips unique insurance solutions for their high-end clients. In the process, you’ll become the superhero in the eyes of your most valuable clients.

Edward (Ted) Tafaro is President & CEO of Exceptional Risk Advisors, LLC, and is an expert on high-limit specialty life, accident and disability products for clients with extraordinary insurance needs, including celebrities, athletes, entertainers, highly compensated executives and professionals. He can be reached at 201.512.0110 or [email protected].