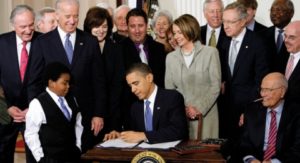 When the Obama Administration gave employers a reprieve for one year on the health care mandate, it generated a lot of discussion in health care forums.   The reprieve indicated that PPACA would not require employers to provide health insurance for their workers until 2015.  Many forum members discussed the possibility that this delay would have a huge impact on PPACA’s implementation going forward.  One poster claimed, “This will have an absolutely enormous impact on the ability of the law to survive. The Titanic just heard a huge “rumbling sound.”

Some agents believed that with this change, that employers could start hiring again,without having to worry about lowering weekly hours.  One agent claimed, “You could find that the Administration didn’t want the weight of the employer mandate weighing on the economy as the Fed pulls out.”

Another responded, “That’s one less thing I have to worry about beside’s individual and Medicare. I bet there will be legislation introduced to tweak that part of the law.”

Other agents did not think this change would lead to the repeal of PPACA.  If anything, these posters noted that it would speed up the reduction of health insurance as a benefit from an employer, and lead to more people purchasing individually and strengthening the law- including a drive towards single-payer.  One agent noted, “That drive was created single-handedly by the administration’s inability to produce a working system in the bill they passed.”

Check out the discussion here.