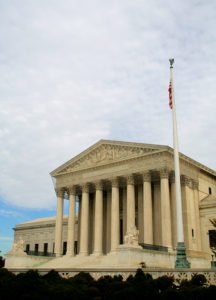 The nine U.S. Supreme Court justices appeared divided on ideological lines during 85 minutes of arguments on Wednesday as it tackled a second major challenge to Obamacare in the King v. Burwell lawsuit.

The lawsuit claims the language (“an exchange established by the state”) in the Affordable Care Act doesn’t allow the federal government to provide tax credits to low- and moderate-income health insurance consumers using the federally run exchanges operating in more than 30 states.

After heading oral arguments Wednesday, the Supreme Court is expected to vote on the case Friday. Results of the ruling, however, are not expected to be made public until June, when the court wraps up the current session.

A ruling favoring the challengers could effectively cripple Obamacare, up to 7.5 million people in 34 states would lose the tax subsidies and most would no longer be able or willing to pay coverage. Premiums would spike, as only the sickest people would be willing to pay the full cost of coverage, and insurers would leave the market.

While polls reveal the majority of Americans would want the government to act to restore the subsidies in the event the plaintiffs in King v. Burwell win, that is far from a certainty as the Republican-controlled Congress has refused to consider a simple amendment clarifying the intent of the ACA, and the Obama Administration maintains there is nothing it can do on its own to mitigate a disappearance of the subsidies.

Reports from today’s oral arguments indicate the court’s four liberals appear supportive of the government while conservatives Samuel Alito and Antonin Scalia asked questions sympathetic to the challengers (Clarence Thomas didn’t speak, as usual). Conservative Justice Anthony Kennedy is a likely swing vote and reportedly said little that would tip his hand while the same can be said for Chief Justice John Roberts, who cast the key vote in a 5-4 ruling back in 2012 upholding Obamacare.

For additional analysis of Wednesday’s oral arguments, check out the following links, and chime in with your thoughts on this thread on Insurance Forums.

• SCOTUSblog: Argument analysis: Setting up the private debate on the ACA