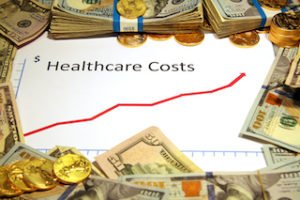 Amazon, Berkshire Hathaway and JPMorgan Chase announced Wednesday the next step in their partnership on U.S. employee healthcare with the appointment of Dr. Atul Gawande as its Chief Executive Officer, effective July 9.

The yet unnamed new company will be headquartered in Boston and will operate as an independent entity that is free from profit-making incentives and constraints.

Atul is a globally renowned surgeon, writer and public health innovator. He practices general and endocrine surgery at Brigham and Women’s Hospital and is Professor at the Harvard T.H. Chan School of Public Health and Harvard Medical School. He is founding executive director of the health systems innovation center, Ariadne Labs. He also is a staff writer for The New Yorker magazine, has written four New York Times bestsellers: Complications, Better, The Checklist Manifesto, and Being Mortal, and has received numerous awards for his contributions to science and healthcare.

“I’m thrilled to be named CEO of this healthcare initiative,” Atul said. “I have devoted my public health career to building scalable solutions for better healthcare delivery that are saving lives, reducing suffering, and eliminating wasteful spending both in the U.S. and across the world. Now I have the backing of these remarkable organizations to pursue this mission with even greater impact for more than a million people, and in doing so incubate better models of care for all. This work will take time but must be done. The system is broken, and better is possible.”

The venture was launched via an announcement Jan. 30 with the intention of applying technology that provides simplified, high-quality and transparent care, consumer-driven strategies in an attempt to reduce costs, improve engagement and create better long-term outcomes for employees and employers. The partners behind it believe their companies can provide the scale needed in order to create a healthcare company that uses innovative approaches to combat healthcare issues such as rising costs and ensuring high-quality healthcare for individuals.

A June 20 release announcing the CEO appointment included the following quotes from the three high-profile leaders of JPMorgan Chase, Amazon and Berkshire Hathaway: