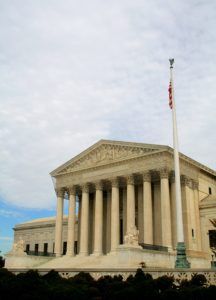 Monday’s 5-4 Supreme Court Hobby Lobby ruling that closely held, for-profit companies can claim a religious exemption to the Affordable Care Act (ACA) mandate that they provide prescription contraceptive coverage to women raises its fair share of questions about the scope of the decision and how women affected will still obtain the mandated coverage.

As a result of the Burwell v. Hobby Lobby Stores Inc. decision, the Obama administration must now find alternative means of providing free contraception, which could mean costs may be passed along to insurance companies who could then, in theory, make it up by charging higher premiums to companies like Hobby Lobby that refuse to pay for “emergency” contraception based on religious objections.

Another issue is whether the decision opens the door for “closely held” companies – those owned by a small group of people – to refuse to pay for other mandated coverages such as immunizations based on religious objections. Would LLCs and partnerships be considered “closely held” companies? If so, the ruling could be much larger in scope.

On the majority side, the thinking appears to be the ruling does not open the door to other types of religious-exemption claims by companies, but in the dissent, Justices Ruth Bader Ginsburg and Sonia Sotomayor said the court had for the first time extended religious freedom protections to the commercial, for-profit world.

The Obamas administration already has insurance companies pay for the coverage for employees of certain religious nonprofits including churches, religious schools and hospitals, but for-profit companies had been required to comply with the coverage or pay fines. It was estimated that Hobby Lobby, which has about 16,000 employees, would have been paying about $400,000 per year in fines.

Now the administration may make another exemption for these “closely held” companies, and insurance companies may end up “paying” for the coverage. Will it simply be passed on in the form of higher premiums?

Please share your thoughts on the issue now on this thread on the Forum.