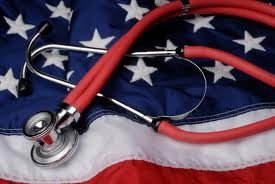 With all of the changes surrounding PPACA, forum members came to the community to ask if anyone has been successful yet at enrolling a client into a subsidized plan through the exchanges.  For the most part, the answer has been a solid, “No.”

One agent told us, “I’m still stuck at the end of the application after I put my signature.  It says my identity can’t be verified an I have exceeded the maximum attempts.  It should be easy to get a non-subsidy application through, it just requires an application and a premium check.  But if a subsidy is being applied for: GOOD LUCK!”

Other agents claimed that they wouldn’t try wasting time with subsidy apps yet, when myriad problems have been detailed by the media and other agents in the industry.  One agent claimed, “In the event that I run out of time and can’t get clients enrolled by December 15th, I’ll have to give them my company-direct link and let them do it on their own.”

Agents who have seen success with the enrollments appear to have only seen partial success.  One agent noted, “I sort of had it work once, but the subsidies were from from the feds and were readjusted in my state, and were readjusted for numbers that are far too high.  No worries though, the system crashed again within 60 seconds of logging off and logging back on again.”  For another agent, two clients had been approved for subsidies, but had not been able to get into a plan yet.

Have you been successful enrolling a client into a subsidized plan?   Let us know!