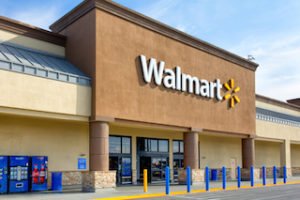 So, what’s happening at Wal-Mart that insurance producers need to know about?

Well, first of all it involves more than Wal-Mart, but let’s start there. We probably should have known this was coming, and from the looks of things, it’s on its way.

In an Aug. 14 “Wonkblog” entry of The Washington Post, Jason Millman writes, “Wal-Mart’s newest effort to make a play in the booming health clinic space comes after the big-box retailer has fallen far behind its rivals. And this time, Wal-Mart is shaking up its approach with a new model that’s getting some attention in the health care world.

“Wal-Mart has opened six clinic locations across South Carolina and Texas, in which the retailer is providing a broad range of primary care services… The company plans to have a dozen of these clinics open by the end of this fiscal year…

“Since Wal-Mart started in the clinic space, it’s opened 260 locations but has closed 166 of those…(they were walk-in clinics such as those described in the “Note” below.) Meanwhile, Walgreen’s, which has more than 400 clinics across 23 states, announced plans [Aug. 13] to open an additional 27 locations across the Dallas-Fort Worth and Houston areas. CVS, which has more than 850 Minute Clinics in 29 states and the District of Columbia, is also expanding.”

(Note: The clinics thus far have been primarily places where people could get a vaccination or get a cold checked out. But, now the intent is to expand these clinics to full primary care doctor offices.)

“Wal-Mart’s decision to have these clinics act as a primary care provider is notable because of the company’s footprint in rural areas, where access to care can be a major challenge. It’s also an area that retail clinics historically haven’t been in.

“For now, it seems like Wal-Mart’s clinics also will have a somewhat limited reach. Any customer can pay $40 per visit (no insurance accepted), but Wal-Mart employees only have to pay $4, according to the [New York] Times story.

“They also offer a convenience factor—about 44 percent of retail clinic visits occurred in the evening or on the weekend, when doctors’ offices are typically closed…

“Some doctors groups have warned that these retail clinics can’t effectively manage patients’ more serious health-care conditions. ‘While retail clinics may provide a limited scope of health-care services for patients, this can ultimately lead to fragmentation of the patient’s health care unless it is coordinated with the patient’s primary care physician’s office,’ the American Academy of Family Physicians said in a February 2014 policy statement.

“The CVS and Walgreens clinics have been careful not to represent themselves as a primary care provider, in part to avoid angering doctors.”

What’s this got to do with us?

Probably not a great deal at this point. Although I don’t understand the part that said, “no insurance accepted,” point-of-delivery probably doesn’t affect us a great deal. But we all know that Wal-Mart, CVS and Walgreen’s are full of the familiar faces of retired and Medicare-aged folks.

The statements made by the Academy should be taken into consideration. “Fragmented” health care could lead to serious issues. At a time when we are facing a shortage of primary care physicians, this, in effect, is not a sound solution, in my opinion. Then, again, primary care physicians working in big box stores may be an answer. Apparently, we are going to find out.

But it doesn’t stop there

“The Wall Street Journal is reporting that life insurance companies are now struggling with sales so severely that firms like MetLife are setting up shop in Wal-Marts across the country. The campaign in one such Wal-Mart, in Roswell, Ga., goes so far as to beg the middle-class Wal-Mart patrons to ‘get life insurance today for only $5.’ This is the exact reason why life insurance companies are struggling with sales and will continue to do so. Their thought leaders come up with ridiculous marketing campaigns like this one.”

McGrath goes on to explain various laws associated with selling life insurance, and also says, “What is even more pathetic is the fact that other life insurance companies are watching this spectacle unfold and, instead of praying for its failure, as competitors are supposed to do, they are actually rooting for the success of MetLife’s program. The article (WSJ) states that ‘even rival insurers are hoping for the best.’”

So, what’s the takeaway?

Simple. One company making an inroad in big box stores with life insurance means more of the same. Still doesn’t affect us? OK, so when will they decide that the big-box clientele is ready for Medicare Supplements or Medicare Advantage plans? Remember, where Medicare Advantage is concerned, there is a little rule which discusses “walk-ins” that is fairly easy to deal with. Besides, they are already selling Part D, so what’s to stop them from entering our domain? Yes, in many cases an agent is used, but not always. And direct marketing from insurance companies is not unheard of—we’ve all experienced it.

I don’t have an answer, but it may be coming. Which is all the more reason that NAMSA members, as well as all insurance producers, should keep in close contact with their clients, and get out the old insulation theory of cross-selling, which means that the more policies you have in a household, the less likely that somebody will sneak in and take part of your production—even a big box store. ‘Nuff said?

But, again, that’s still not the end of the story

Guess who else likes insurance? Would you believe Apple, Google, and perhaps Amazon?

Forbes has written a couple of articles by Ben Diamond on the proliferation of the high-tech electronics element getting into the health care business. I don’t suppose that it’s a big deal at this point for insurance producers, but within a few weeks, Apple’s iPhone 6 will be released. And, it is expected to include an app that directly links owners to medical devices and other medical information. PPACA (Obamacare) has something to do with it. The high-techs are looking at the enrollments—new Obamacare customers—as another market.

“Google is working on its own plan to chase the health care market, too,” writes Diamond. The two companies’ moves have gotten plenty of buzz. But is another company—Amazon—about to make its own important play for health care business?

“Compared to traditional health care organizations, companies like Walgreen’s and Wal-Mart think their expertise managing a storefront will give them an edge when it comes to patient access. And of course, a big box store like Wal-Mart has a physical presence that enables cross-sell opportunities, like buying medical supplies or making a visit to an on-site clinic.

“Amazon can’t compete there, but the company can bring lessons to connecting with consumers and understanding their behavior. Amazon also could play a bigger role in prescription-drug distribution, too.”

Then, read this paragraph: “During the Healthcare.gov debacle, as patients attempted to shop for health plans and the website repeatedly crashed, there were more than a few calls for an innovative company to emerge as ‘the Amazon.com of health care.’” Hmmm…

There are so many factors involved herethat it is too much to comprehend on short notice. But, if you didn’t know about these developments before, you do now.

We’ve seen most of this before and prospered in spite of what we have seen. There’s only one message. We have to take care of our customers like never before. Communication with your clients is more necessary than ever. And, prospecting for clients becomes a major undertaking—with more than a possibility of stiffer competition.

Those of you who have prospered have answered the bell—so it’s really nothing new to you. In spite of this “not so good news” after a summer of good news, I am confident that NAMSA members have the ability and resiliency to face new challenges, and defeat the big box and high-tech intrusion into our business.

Ron Iverson is President and Executive Director of the National Association of Medicare Supplement Advisors, Inc.