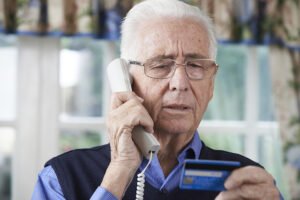 The enforcement action was announced March 17 by FCC Acting Chairwoman Jessica Rosenworcel as part of a kickoff of the agency’s latest effort to crack down on the uptick in unwanted, illegal robocalls that plague Americans on daily basis.

In addition to issuing the largest robocall fine in FCC history, the crackdown demanded certain voice providers cease and desist from facilitating illegal robocalls, the launch of a Robocall Response Team, and delivering letters to the Federal Trade Commission, Department of Justice, and the National Association of State Attorneys General to renew state-federal partnerships to combat the proliferation of illegal robocalls.

“Unwanted robocalls are not only a nuisance, but they also pose a serious risk to consumers who can inadvertently share sensitive, personal information in response to bad actors’ malicious schemes,” Rosenworcel said in a statement. “I’m proud to unveil my first set of actions to put a renewed focus on what the FCC can do to combat the issue that we receive the most complaints about.”

She added that the cease-and-desist letters should serve as a warning sign to other entities that believe the FCC has turned a blind eye to this issue. “We certainly haven’t and we’re coming for you.”

According to a March 17 article from Forbes, John C. Spiller and Jakob A. Mears, under the business names Rising Eagle and JSquared Telecom, used spoofing technology to disguise their Caller ID, while one admitted to knowingly calling individuals on the National Do Not Call Registry because “he believed that it was more profitable to target these consumers.”

The telemarketers weren’t acting alone, and were instead making calls on behalf of clients, the largest of which was Health Advisors of America, a Florida-based company sued by Missouri’s attorney general in 2019 for telemarketing violations, the FCC says.

If a recipient indicated they were interested in a health plan from a company such as Cigna, consumers were transferred to a call center with no affiliation to the named company, where “representatives then would attempt to convince the consumer to purchase an insurance product sold by one of Rising Eagle’s clients,” according to the FCC.

The FCC investigation found Rising Eagle caused at least one company whose caller IDs were spoofed to become overwhelmed with angry consumers calling them to complain.