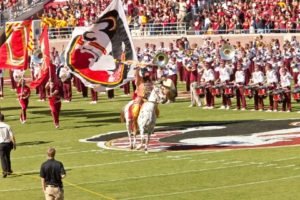 Reigning Heisman Trophy winner Jameis Winston has reportedly purchased a disability and “loss of value” insurance policy that provides him with $8 to $10 million in coverage according to a storyfirst reported this week by Yahoo Sports.

The coverage is different than the disability policies many high-profile college football and basketball underclassmen can purchase through a program sponsored by the NCAA, which are intended to protect them financially in the event of a career-threatening injury.

Winston, who as a freshman quarterback led the Florida State Seminoles to the National Championship in January, instead reportedly opted for the loss of value coverage based on the projection that he will be selected in the top 10 of the 2015 NFL draft. The policy would theoretically pay out if he fell out of the first round due to injury or illness.

Policies such as this can carry a $55,000 to $60,000 annual premium, which most players in a similar situation, with the help of their family, typically finance.

This year’s top NFL draft choice, Jadeveon Clowney of South Carolina, and 2012 Heisman winner, Johnny Manziel of Texas A&M, each took advantage of the NCAA’s Exceptional Student Athlete Disability Insurance Program prior to last football season, which permits qualifying college athletes in football, men’s and women’s basketball, baseball and ice hockey to take out a loan to help finance the cost of a disability insurance policy, which they must repay upon signing a professional contract.

The NCAA says between 75 and 100 athletes take advantage of the program in any given year, and about 80 percent of them are football players. That program maxes out at $5 million in coverage and at that level the premium runs about $30,000.