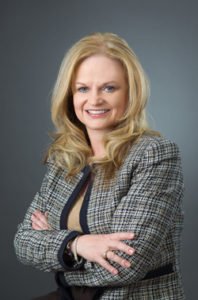 If you haven’t heard “It’s All About That Bass” by Meghan Trainor, you’ve been living under a rock. I personally like the version she did with Miranda Lambert at the 2014 Country Music Association awards best – no surprise!

Since my mind never wanders far from long-term care insurance, it’s also no surprise that an alternative theme came to my mind:

“It’s all about the family…not the money”

Well, it’s some about the money but the main reason I hear from people who contact me about planning for long-term care is because they don’t want to be a burden on their kids. This is in keeping with the March 2010 Age Wave study that said when asked their greatest fear about having a long-term illness, people are over five times more worried about being a burden on their family than dying, and the greatest worry of becoming a caregiver is the emotional strain—more than the financial costs.

AHIP just published a great new study done by Marc Cohen and the LifePlans, Inc. team that really supports this state of mind. The title is “The Benefits of Long-Term Care Insurance and What They Mean for Long-Term Care Financing.” What makes this study so great is that it looks at a large block of claims and tells us how people are using their LTCi plans to make their lives better.

For example, more people are able to receive care in the location of choice, usually home care, and they get a lot more care because they have a way to pay for it. In fact, insured people receive 35% more hours of care than uninsured, which breaks down to almost twice as much paid care (p. 10).

Furthermore, this study updates one of my favorite statistics that family members whose loved ones have LTC insurance are nearly twice as likely to be able to work as those whose loved ones are uninsured (p. 11). Knowing that responsibility is shared by others lowers the stress level of the caregiver, so he or she can function more effectively at work. This study also brings out that the free care coordinator service offered by most carriers is a priceless benefit to the family by helping find and monitor the services best suited to the needs.

Some people in our industry have worked very hard to update the essential information that goes into convincing people to plan for long-term care, so my New Year’s Resolution is to pull it together and share it with you in a series of short articles in the same order as the LTCi sales presentation. But first, why is this important?

… because as I mentioned in my last newsletter, long-term care costs are the most serious financial risk facing older Americans today.

…because almost two-thirds of people 65+ will need some type of LTC in their lifetime! (Larry Rubin, et al. Society of Actuaries, 2014)

…because (and this one’s a real kicker) 67% of people responded to a recent survey that they plan to have someone else take care of them but they haven’t asked that person! (Christine Benz, Morningstar, 7/27/14)

Families are hurting because of LTC needs for which they never planned. Will you help me spread the word to everyone you need about how critical it is to plan ahead? If you talk about it in terms of protecting the family instead of financial, I know first-hand you will reach many more people.

Phyllis Shelton is the President of LTC Consultants, a Nashville-based company that she founded in 1991 specializing in long-term care insurance sales training, consumer education and marketing materials. She is widely considered to be the leading long-term care insurance sales trainer in the country. Phyllis’ organization has trained nearly 75,000 agents via live or web-based training and her company has conducted training programs for many of the top LTCI insurance carriers. Her business model has also included assisting states with an educational outreach about the Long-Term Care Partnership, a new program that shelters assets from Medicaid spend down equal to the benefits paid by Partnership long-term care insurance policies.