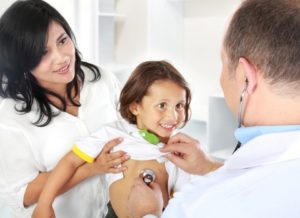 $23,215. That’s how much is spent in 2014 on healthcare for a typical American family of four covered by an average employer-sponsored health plan, according to a new study, the 2014 Milliman Medical Index (MMI).

Employees aren’t on the hook for the entire $23,215, of course, as employers pay the largest portion of healthcare costs, contributing $13,520 per year, or 58% of the total. However, increasing proportions of costs have been shifted to employees. Since 2007, when the economic recession began, the average cost to employers has increased 52%—an average of 6% per year—while the expenses borne by the family, through payroll deductions and out-of-pocket costs, have grown at an even faster rate, 73% (average of 8% per year).

The Milliman study says the ACA has had a minimal impact to date on these large employer plans, but that is about to change. The ACA’s impending excise tax on “Cadillac” plans – valued at at least $27,500 for family coverage starting in 2018 – were mentioned by the study as a factor that will force employers to scale back health plans.

The Milliman Medical Index is an actuarial analysis of the projected total cost of healthcare for a hypothetical family of four covered by an employer-sponsored preferred provider organization (PPO) plan. The MMI measures the total cost of healthcare benefits, not just the employer’s share of the costs, and not just premiums. The MMI only includes healthcare costs. It does not include health plan administrative expenses or profit loads.

Have thoughts about the study or that average cost for a family of 4? Share them on the forum here.