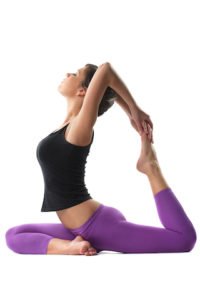 Have you heard of Health IQ?

It’s the life insurance startup founded by a guy who sold his business (Like.com) to Google for somewhere in the neighborhood of $100 million back in 2010 – and then found himself in the emergency room the day after that deal closed with chest pains thinking he was going to die.

Long story short (read full CNBC story here), before long Munjal Shah and a group of like-minded Silicon Valley entrepreneurs were curious about finding ways to reward people who were committed to being healthy, which led them to create a non-traditional health quiz in 2013 – called Health IQ.

The test featured questions that assess how health-conscious a person really is rather than how healthy they claim to be. The test went viral with more than 1 million people taking it within the next 4 years, and ended up doing a pretty good job at identifying those who were committed to good health.

They claim their data bares out that the “health conscious elite” (yoga enthusiasts, vegans, triathletes, etc.) are far less likely to die – particularly from cancer – and by being able to reliably identify these people, they could in theory sell them life insurance at cheaper rates than the general population at large.

Shah’s company, Health IQ, was formed as an MGA and has contracts with SBLI, Ameritas and Assurity that allows Health IQ to offer special rates to health-conscious people that can pass their unique test. People who pass can get a 4% discount, and those who meet a performance threshold (like running an 8-minute mile) can get another 4% off.

For a much more detailed look at Health IQ, check out this November article posted on CNBC. The article says the company has helped clients enforce $5.3 billion in coverage in 22 months. Health IQ has also raised more than $81 million in funding, including a $34.6 million round in mid-November.

Anyone here have experience with Health IQ? If you came across a prospect who profiles as a health nut/vegan/elite athlete, would you encourage them to take the Health IQ test?