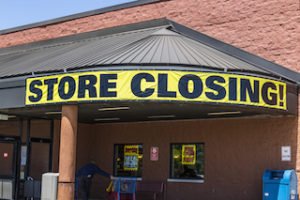 Effective Nov. 7, 2018, Bristol, Va.-based final expense insurance carrier Settlers Life has announced it will no longer accept any new applications for life insurance and will begin a phased shutdown of new business operations.

The decision to close its new business operations was not made due to financial difficulties, according to a posted statement on the Settlers Life website home page. No further explanation was provided.

Moving forward, Settlers Life’s parent company, National Guardian Life Insurance Company (NGL), will take control of the Settlers Life book of business. Policyholder Services, Claims, Commission Accounting and IT will continue while preparations are made to move those functions to NGL’s corporate headquarters in Madison, Wis., according to a statement on the NGL home page. “If you are a current agent or policyholder, you will continue to receive service as expected,” the statement says.

Agents are being asked to contact [email protected] with any questions about the closure and transition of policy servicing to NGL.

Settlers Life, which specialized in Final Expense and called itself “America’s Final Expense Company®,” began as the Huff-Cook Mutual Burial Association back in 1933. At that time, insurance certificates were sold through captive agents, predominately in Virginia.

Through the late 1980s and into the early 1990s Settlers Life continued to grow and to expand. In 1999, Settlers Life became a member of the National Guardian Life Insurance Group.

As of 2018, Settlers Life was represented by over 8,500 agents in 47 states, according to its website. It had just added Hawaii, Oregon and Washington in August of this year. “We’re continually working to expand and make our products available to as many Americans as possible,” Steve Bontell, Chief Marketing Officer at Settlers said at the time. “We believe ours are the best final expense products on the market, and residents of these new states will find value in getting life insurance coverage for their final expenses through Settlers Life Insurance Company.”

At the end of 2017, Settlers Life assets exceeded $415 million, with over $44 million in capital and surplus and over $1.87 billion of life insurance in force.*

A press release issued at the time said Settlers Life believes the excellent ranking reflects the company’s focus on reliably serving and honoring its long-term financial commitments to its policyholders, and being a good steward of the trust placed in the Company. “We are proud to have maintained this Excellent rating from A.M. Best for 11 years in a row,” said Amy Smith, Director of Marketing. “It validates our efforts in making Settlers Life the best company it can be, and strengthens our title of America’s Final Expense Company®. It allows current and potential policyholders, as well as our agent partners, to know they are placing their business with a reputable and dependable company.”