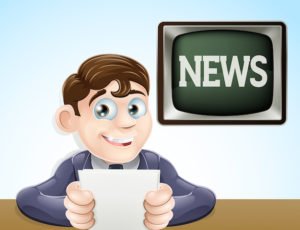 Ranging from new product introductions to events, sales data and a couple of significant court cases, here’s a brief roundup of some recent news of note in the life annuity market, along with some links providing additional details.

The composite’s jump was largely driven by application activity in the 0-44 age group (> 56% of the Index by volume) with November showing the largest percent gain of the year, up 2.3%, year-over-year. Showing modest recovery after Q1 YTD losses (-4.5%), the composite Index remains off -2.0% YTD through November.

Brisk, late year month-to-month activity has supported the composite’s rise throughout with August/September up 3.7%, September/October up 5.9%, and October/November up 8.6%. Given the composite’s progressive gains and producers’ usual year-end sales push, MIB says strength in December activity is anticipated.

TruStage is among the first insurers to bring to market a fully digital whole life insurance product. This follows the success of its similar simplified-issue term life product launched in June 2016, which is available in 49 states with more than $1 billion in issued coverage in less than one year, the company says.

The new TruStage simplified-issue whole life insurance targets a wide demographic, with a starting issue age of 18 and coverage amounts up to $100,000 across 48 states. The product also provides options built on the buyer’s budget, the company says, “rather than forcing them to select a specific coverage amount.”

TruStage’s simplified-issue whole life insurance product was created by melding consumer feedback with best practices adopted from the retail sector, including a key emotional feature: the online application asks for the name of the beneficiary at the beginning of the process and continues to display the beneficiary’s name every step of the way to remind the buyer exactly who they are protecting.

“We want to continue to fill the sizable need for accessible, user-friendly life insurance in the market,” said Susan Sachatello, senior vice president, TruStage. “Expanding on the tremendous momentum of our simplified term life insurance product launched just one year ago, we seek to further grow our offerings to make it simple and easy for consumers to secure coverage that protects families and meets their specific needs.”

Through TruStage, the company says consumers can purchase and service an entire suite of products, including: auto and home, whole life, term life and health insurance, all completely online.

The Reliable Living Plan is single-premium LTC insurance for those age 65 or older who are either unable to perform at least two of six activities of daily living (such as bathing or dressing) or experiencing severe cognitive impairment. With no pre-existing health exclusions or maximum age restrictions, the Reliable Living Plan helps provide certainty to those who are paying for their own care or the care of an impaired family member.

The first of its kind in the market, the Reliable Living Plan meets an immediate need for consumers who are typically too old or too ill to qualify for traditional LTC insurance.

This new product is offered solely to producers who are contracted with Americo through Legacy. It is currently available in 32 states.

The Supreme Court agreed Dec. 11 to decide whether retroactively applying a state law that automatically revokes a former spouse’s life insurance beneficiary designation is a violation of the U.S. Constitution’s Contracts Clause.

The case stems from a Minnesota lawsuit where a man named his then-wife as the primary beneficiary of life insurance policy in 1998; the couple divorced nine years later but the man never changed the beneficiary; Minnesota amended its probate law in 2002 to include life insurance beneficiary designations in the revocation-upon-divorce statute; the man’s adult children both made claims for the proceeds; a federal judge ruled for the children, but the Eighth Circuit reversed in April, finding that retroactively applying the 2002 amendment to Minnesota’s revocation-upon-divorce law to the man’s life insurance contract is a violation of the U.S. Constitution’s Contracts Clause, which bars a state law from breaching a contract.

The case is seen as “unusally important” because at least 28 other states in addition to Minnesota have adopted revocation-upon-divorce statutes that are substantively the same.

The Supreme Court will announce its decision on the case in 2018. Read more here.

In Huffman v. Prudential Insurance, the plaintiffs alleged Prudential violated ERISA by choosing to pay the beneficiary through access to a retained asset account, which allows the insurer to hold funds and earn interest on them until the beneficiary withdraws them, and that Prudential breached its fiduciary duties by establishing the accounts. The plaintiffs were beneficiaries of deceased workers employed by JPMorgan and Con-way Inc.

The National Conference of State Legislatures’ (NCSL) Insurance Task Force recently adopted a resolution supporting NRPW 2018. The resolution urges the individual members of NCSL to support NRPW and encourages their participation in activities to promote retirement planning. The Task Force’s endorsement is an important first step toward having the NCSL join the National Retirement Planning Coalition’s national efforts to promote the importance of comprehensive retirement planning.