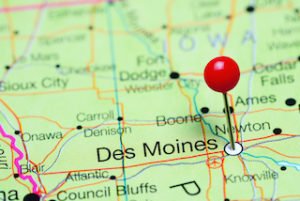 Nick Gerhart, who resigned Dec. 23, 2016 as the Insurance Commissioner for the state of Iowa, is staying in state to join FBL Financial Group, Inc. as Chief Administrative Officer.

Gerhart was one of the highest-profile insurance commissioners in the U.S. during his nearly 4-year Iowa tenure. He was at the forefront of implementation of the Affordable Care Act, and was also known as an enabler for the growth of controversial insurer-owned special purpose vehicles (SPVs) or “captives” – seen by some as a shell game where life insurers shift policyholder liabilities to these entities to circumvent reserve requirements (but a move that also may put them at risk of financial insolvency).

Iowa Governor Terry Branstad and Lt. Gov. Kim Reynolds, who subsequently named Deputy Commissioner Doug Ommen as the state’s Interim Insurance Commissioner, applauded Gerhart for his work upon the announcement of his resignation in December.

“I want to thank Nick Gerhart for his service as Insurance Commissioner to the state of Iowa,” said Branstad. “He is a bright and talented individual who focused on protecting the public while making the industry better and more competitive in our state. I want to wish him the best in his future endeavors.”

Reynolds added, “Nick Gerhart did a great job leading the Iowa Insurance Division during some complex and challenging times, and we’re thankful for his service. I know that he will excel in the next role he takes.”

In his new role with West Des Moines-based FBL Financial, beginning around Jan. 23, Gerhart, 41, will have responsibility for enterprise strategic planning, government relations, human resources and health services, among other administrative functions. He will be a member of FBL Financial Group’s Management Team and report directly to Chief Executive Officer James P. Brannen.

“I am thrilled to welcome Nick to our organization; it’s a win on many levels,” said Brannen. “Nick has provided outstanding service to the State of Iowa and the insurance industry, and he has a reputation for innovation and fairness. His deep understanding of insurance and regulation makes him ideally suited for this role. Through my work with Nick on the Federation of Iowa Insurers and as an insurance carrier in the State of Iowa, I’ve come to admire his passion, insight and tireless work ethic.”

“FBL Financial Group and its affiliated Farm Bureau Financial Services brand have a long track record of high touch service to client/members,” Gerhart said. “Their niche Farm Bureau marketplace and skilled multiline exclusive agency force combine to create a unique value proposition and opportunity to meet the needs of today’s consumers with insurance and retirement funding options that help them achieve their financial goals. I’m looking forward to being a part of this dynamic organization and helping the companies further differentiate themselves.”

Ommen, Gerhart’s interim successor for the commissioner post, has served as Deputy Insurance Commissioner in Iowa since 2013. Prior to his service in Iowa, Ommen served as Missouri’s insurance commissioner under Governor Matt Blunt.

“I’m pleased that Doug Ommen has accepted this responsibility as Interim Insurance Commissioner,” Branstad said. “Doug is a seasoned attorney and insurance regulator who has over 30 years of experience in public service and I’m confident in his ability to lead the Iowa Insurance Division in the interim role.”