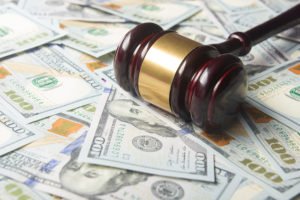 “No family should have to endure the frustration and struggle to get the death or dismemberments benefits to which they are entitled, especially while they are grieving the loss of a loved one or suffering from the loss of a limb,” said Commissioner Causey. “These families believed their accidental death and dismemberment benefits would be available when they needed it most.”

The voluntary settlement agreement is the result of a target examination of Gerber’s claims practices and procedures. Department examiners reviewed almost 300 claims over a period of seven years where the claims were either paid or denied.

The examination revealed numerous claims processing violations. In some cases, unnecessary information was requested from claimants, significantly delaying their claim payments. For example, biological parents were initially denied benefits for natural born children and were forced to send in clothing receipts, tax returns and other unnecessary documentation to prove a “parent/child” relationship. Other claimants had to sue to recover amounts due under their insurance policies, which ultimately reduced the benefits received due to attorneys’ fees incurred.

Additionally, some claims were not promptly settled under one portion of the policy where liability was reasonably clear in order to influence settlement under other portions of the policy.

The average time to process a claim was 208 calendar days. When a proper claim is not paid within 30 days, interest must be paid on the claim. Examiners discovered that when payments were finally made, interest was not paid to the claimants as required.

Examiners found one instance where a claimant was incorrectly denied benefits. At the Department’s request, the company overturned the denial and the claimant was paid applicable benefits totaling $141,884.

As a result of the examination, the Department ordered Gerber to pay out $2,533,665 in additional recoveries and interest to claimants. In addition, the Department assessed a civil penalty against Gerber in the amount of $1,102,000, which, by state law, is disbursed for the benefit of public schools.

Gerber has accepted responsibility for its improper claims practices, paid restitution and fines as ordered by the Department, and has provided the Department with a corrective action plan for the future.