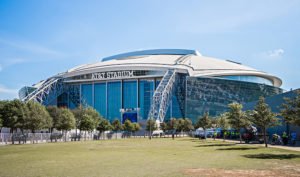 Torchmark Corp. recently announced it will be changing its corporate name to Globe Life Inc., as part of a new brand alignment strategy.

The McKinney, Texas-based life insurer and distributor said the name change will become effective on Aug. 8, and its New York Stock Exchange symbol will change from “TMK” to “GL.”

The insurance-issuing subsidiaries will continue to exist as legal entities, but Torchmark said it hopes that having the entities move toward using the Globe Life name will increase potential customers’ and agents’ awareness of the company.

Torchmark Co-CEO Larry Hutchison talked about the name change during a live-streamed conference call with securities analysts recently, telling them Torchmark is actively investing in promoting the Globe Life name, especially in Texas and the Dallas-Fort Worth Metroplex in particular.

On July 25, Globe Life and Accident Insurance Company announced a new multiyear relationship with the Dallas Cowboys, and the company already has naming rights for the Texas Rangers baseball stadium in Arlington, Globe Life Park, and their new stadium set to open in 2021, Globe Life Field.

As part of the Cowboys deal, Globe Life gets to bill itself as “The Official Life Insurance of the Dallas Cowboys.”

“These investments have increased Globe’s name recognition and improved sales in Texas and the surrounding states. We expect this initiative to evolve over a number of years and create a strong unified brand,” Hutchison said during the conference call. “As we go forward, we will maintain our usual disciplined approach to expense management, to ensure branding has a positive effect on recruiting, sales, and underwriting income.” 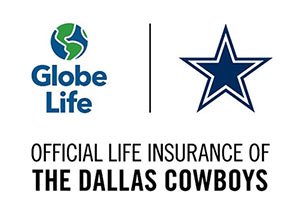 The new sponsorship agreement with the Cowboys includes advertising and corporate events at both AT&T Stadium in Arlington, and The Star in Frisco, the Dallas Cowboys World Corporate Headquarters and Training Facility in Frisco, and special speaking engagements with key leadership from the Cowboys.

“We are thrilled to be associated with a global sports organization like the Dallas Cowboys and their owner Jerry Jones,” said Jennifer Haworth, Sr. Vice President, Marketing of Globe Life. “The Cowboys organization’s emphasis on giving back to the community aligns nicely with Globe Life’s community-focused efforts. This relationship complements what we are already doing in the sports marketing space and will enhance our agents’ sales and recruiting efforts by being associated with such a well-known sports team.”

The Dallas Cowboys are the most valuable sports franchise in the world and the first team worth more than $5 billion, according to Forbes’ list of The World’s 50 Most Valuable Sports Teams of 2019.

“We are proud to designate Globe Life as the Official Life Insurance of the Dallas Cowboys,” said Dallas Cowboys Chief Operating Officer Stephen Jones. “Globe Life is a respected brand that fits well with our core values, and we’re happy to have them join our team.”

Globe Life is the top volume issuer of ordinary individual life insurance policies in the United States (as reported by S&P Global Market Intelligence for 2004-2013 and 2015-2017) and has 4.2 million policyholders (as of 11/18) and $82 billion of insurance in force.