It may not be what you say that gets you in trouble; it’s what you leave out that may land you in litigation.

Over the last 30 years, I have relentlessly promoted life insurance’s tax-advantaged income. And although I am generally a product agnostic, I have a real appreciation for indexed universal life (IUL), when it’s done right. But what I don’t appreciate is the chronic consumer campaigns promoting: “You can never lose a cent.” Why? Because you can lose a lot more than that. The crediting account value may never experience a loss, but the policy can lose big because of its expenses.

Almost every financial product has costs associated with it. IUL is no exception. If there’s nothing credited to the policy, then current policy expenses will be deducted from the accumulated cash values and/or premiums paid. If that occurs, the policy could generate a loss. I promise you, the consumer will only remember that you said, “Zero is your hero” when they review their negative annual statement. And why? Because you didn’t disclose policy expenses, and you didn’t use a catchy phrase like, “With policy costs there could be a loss.”

In the period known as the lost decade (2001-2010), the S&P 500 had four negative years (2001-2003, and 2008.) I only cite the S&P 500 because it is the most popular index of choice. The IULs that I’ve reviewed in this period experienced a compounded loss three straight years and an additional loss in 2008. And if you back-test your current IUL based on the returns of the lost decade, they’ll also generate losses in those negative years. The policy losses were even greater if policy loans were generated for income because you’re adding the policy loan cost to the policy expenses, compounding the overall policy loads. And it can get worse.

Current policy expenses can increase as much as the contractual guarantees at the discretion of the insurance company. The pricing disparity between these two sets, current company practice and contractual guarantees, can be significant. So there’s a lot of headroom for insurance companies with poor portfolio returns or inordinate death claims to increase policy charges in an effort subsidize their balance sheets.

• Do you fully disclose a worst-case scenario when discussing IUL with prospects? Chime in on this new thread.

And when you’re addressing policy expenses, there’s none larger than the cost of insurance. So if the sale of indexed universal life is for supplemental retirement income, then the death benefit must be minimized and comply with TAMRA and/or CVAT guidelines.

Remember that a half-truth isn’t the truth. To say you can never lose a cent is simply not true. To trumpet the worse scenario of the crediting account where “zero is your hero” and remain silent on the policy expense loads is not only an abdication of full disclosure, but in some litigation circles, its outright fraud.

Steve Savant is the host of the daily producer show, Let’s Get Down to Business, and the weekly consumer show, Steve Savant’s Money, the Name of the Game. Both shows are sponsored by Ash Brokerage. Steve is the #1 online author and videographer of insurance content. Steve has been cited on FOX, CBS, NBC, ABC. During his 30-year career in the financial services industry, he has presented more than 2,000 retail seminars, wholesale workshops and carrier conventions. Steve’s videos, tweets, blogs, articles and news commentaries are distributed on the following social media sites: Facebook, LinkedIn, Twitter, Google+, YouTube and VIMEO. 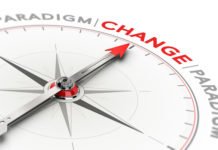 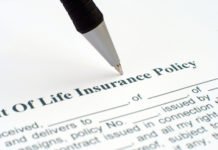 Individual life sales flat in second quarter, first half of 2019