Two very different but very famous “Kellys” will be the opening keynote speakers during the two-day 2019 NAILBA Annual Meeting this fall in Dallas.

NAILBA 38 will officially kick off on Thursday, November 7th at 3 p.m. with an opening keynote by NFL Quarterback and cancer survivor, Jim Kelly. “Kelly exemplifies what toughness is all about and the importance of the products sold by NAILBA member agencies,” NAILBA CEO Dan LaBert said.

“From a young boy in the small town of East Brady, Pa., to his days as a star quarterback in the National Football League, to the tragic loss of his son, Hunter, to his personal battle with cancer, Jim has shown courage to overcome every obstacle he has faced. He plans to share his story, as well as discuss the importance of family support and security in this opening session that is being made possible by the support of Prudential Financial,” LaBert added.

General John Kelly will launch day two of the annual conference. As a 45-year veteran of the U.S. Marine Corps, and having led the U.S. Southern Command, as well as having served as the U.S. Secretary of Homeland Security, and most recently, as White House Chief of Staff to President Trump, Kelly’s presentation will focus on leadership through transition and other modern day challenges.

“We are excited to have General Kelly be a part of NAILBA 38 and share his leadership insight through the sponsorship support of AXA Equitable Life Insurance Company,” NAILBA Chair Elect Chad Milner said.

“Our goal for NAILBA 38 has been to identify and secure new voices who have not been heard at other conferences, and help our members belong, connect and grow through NAILBA,” Milner said. “We want to create an attendee experience, not just a transaction. NAILBA is the premier association in the life insurance space. Our Annual Meeting is attended by industry leadership at the highest levels. This is a must-attend event.”

“Significant time has been spent by members of the NAILBA Staff and Board of Directors reviewing member feedback while also balancing the interests of attendees from previous years,” said 2019 NAILBA Chair Myra Palmer.

To that end, NAILBA 38 attendees will hear from chief global economist for Principal Global Investors, Dr. Bob Baur, on economic factors from 2019, the potential forecasts for 2020, and what issues are expected to sustain a bear (or bull) market.

“Directing global economic policy and strategy at the Principal Financial Group, Bob provides a unique insight as he is constantly taking the market pulse – overseeing and conducting macroeconomic and quantitative research, along with forecasting economic trends and anticipating market movements, in order to advise the investment staff on making economically sound investment decisions,” Palmer said.

Given the importance technology is playing in the insurance marketplace, NAILBA has secured iPipeline CEO and technology expert, Tim Wallace, to speak on the second day of the conference.

“Looking at where we are, and where we are going, as well as how technology will shape independent distribution will be a must-attend presentation,” said NAILBA Treasurer Jason Lea.

Additional presentations will include a Carrier CEO Panel moderated by NAILBA 2020 Chair-Elect Chad Milner, as well as a Long Term Care panel discussion on growth opportunities for BGAs (sponsored by OneAmerica), along with a featured keynote presentation (sponsored by John Hancock), and the sharing of a NAILBA-led report on strengths, weaknesses, opportunities and threats for brokerage general agencies.

“NAILBA 38 will not only feature a full agenda of presentations that are simply unrivaled in the market, but also continue in tradition with a robust exhibit hall and networking programs,” LaBert said.

Day one will close with a welcome reception sponsored by Nationwide Financial for all attendees and featuring approximately 100 partner exhibit booths with products and services supporting brokerage agencies. Day two will feature a full agenda of presentations and conclude with the Douglas Mooers Award for Excellence Dinner and Award Presentation.

The Douglas Mooers Award for Excellence is NAILBA’s most coveted and prestigious award. This annual award honors excellence in brokerage and is bestowed upon the individual most committed to furthering brokerage and independent life brokerage as a distribution system.

In addition to the award presentation and state of the union from incoming NAILBA Chair, attendees will be entertained by award-winning actor Kevin Pollak, thanks to the sponsorship of Pacific Life.

Pollak has established himself as both a comedic and dramatic actor, having appeared in over 30 films in the past decade. His ability to portray a wide range of characters has made him one of the first stand-up comedians to have a successful dramatic film career, playing an attorney alongside Tom Cruise in A Few good Men, as well as the lovable son of Jack Lemmon in the Grumpy Old Men film series.

As the 38th year of NAILBA’s annual conference nears, additional announcements are expected with the confirmation of other speakers and presentations to further support the over 800 expected attendees. 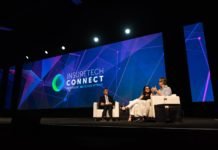