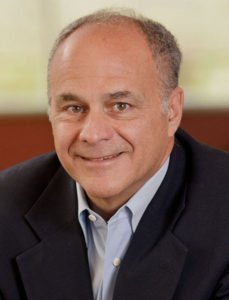 “Help make life insurance a social imperative again.” That was the message to the audience during the opening general session Wednesday morning at the 2018 Life Insurance Conference in Chicago, delivered by Robert A. Kerzner, CLU, ChFC, president and CEO LIMRA, LOMA, LL Global Inc. (shown at left).

Kerzner rolled out plenty of statistics detailing how life insurance ownership has declined over the years – with 60 million households saying they know they need more life insurance with an average coverage gap between what they have and what they need of $200,000 per household – a coverage gap of $12 trillion. According to LIMRA data, there are nearly 19 million “stuck shoppers” who started searching for life insurance but haven’t secured it, and another 26 million Americans haven’t even started looking yet.

That’s a huge untapped market, and the industry’s challenge is how to reach these 63% of people who know they need coverage but either think it’s too expensive, the 61% of people who say they don’t buy life insurance because they have other priorities, or the 52% who say they have as much as they need and think “it’s not going to happen to me.”

For those 63% who think it’s too expensive: “We know that what they think it costs and what it actually costs are distinctly different,” Kerzner said. “If they actually knew what it cost, they could afford it. So how are you going to get that message to them?”

For those who think it won’t happen to them or have other priorities, if that’s what they believe, it allows them put life insurance on the back burner. “It just isn’t a necessity in people’s minds today,” Kerzner said.

The wall – the barrier today – is higher to convince people to buy it, Kerzner said, but remember there’s those 60 million people who need (or need more) coverage. “What do we have to do to make it a social imperative again?”

He noted there’s fewer agents today, which means those in the business have to take on more responsibility to spread the word about the power of life insurance, and dispel myths about the cost and how difficult it is to obtain coverage. “How do we bring the life insurance conversation up higher on the scale?”

Another way, Kerzner said, is to have pride in the industry you are in and to trumpet all the good things about it. He noted how insurers have $5.8 trillion invested in the U.S. economy. $76 billion was paid out in death benefits in 2016, and the industry pays out $1.5 billion dollars every single day in life insurance, annuity, LTCI, and DI payments to beneficiaries.

“We do a lot of good for the social fabric of this country,” Kerzner told the audience. “Be proud. We help families. We make a difference. Each of you need to become the goodwill ambassadors. Make it a social imperative again.”