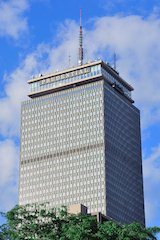 Prudential, the last of the four non-bank financial companies to bear the “systematically important” designation, has won relief from stricter federal regulatory oversight.

The Financial Stability Oversight Council (Council) announced Oct. 17 that it has rescinded its determination that material financial distress at Prudential Financial, Inc. (Prudential) could pose a threat to U.S. financial stability and that Prudential shall be subject to supervision by the Board of Governors of the Federal Reserve System and enhanced prudential standards.

“The Council’s decision today follows extensive engagement with the company and a detailed analysis showing that there is not a significant risk that the company could pose a threat to financial stability,” said Treasury Secretary Steven T. Mnuchin. “The Council has continued to act decisively to remove any designation that is not warranted.”

The Council approved the rescission of Prudential’s designation unanimously. Securities and Exchange Commission (SEC) Chairman Jay Clayton was recused from this matter and delegated his voting authority to SEC Commissioner Elad Roisman.

Prudential and the other three non-bank “SIFIs” – AIG, MetLife, and GE Capital – fought the designations ever since being categorized as such in the wake of the financial crisis several years ago.

Prudential issued the following company statement after the FSOC announcement:

“We are pleased with this decision, which affirms our longstanding belief that Prudential never met the standard for designation. This outcome reflects Prudential’s sustainable business model, capital strength and comprehensive risk management, which have and continue to enable us to fulfill our promises to our customers, deliver consistent performance and meet regulatory obligations.

“Prudential’s approach — working through the FSOC’s rigorous review process — resulted in the Council’s appropriate conclusion that Prudential does not pose systemic risk. We will continue to work with regulators to improve and strengthen the FSOC’s processes and other measures to help address potential risks to financial stability. We also will continue our engagement with the New Jersey Department of Banking and Insurance — in its expanded regulatory role as our group-wide supervisor — to ensure better, informed public policy outcomes that benefit our clients, customers and other stakeholders.”

“We strongly support the Financial Stability Oversight Council’s (FSOC) action today. The inappropriate designation of Prudential Financial was the outcome of a flawed process that demonstrated a lack of understanding of the insurance business model and ignored state insurance regulators’ effective oversight of the life insurance industry.

“Life insurers are sources of financial stability in the economy, not systemic risk. Their enduring promises and long-term investment philosophy provide a shock absorber for the economy in times of stress.

“ACLI recommends that FSOC’s efforts moving forward focus on assessing macro-prudential risks to U.S. financial stability and working with primary financial regulators to address them. By reforming its processes and moving away from a designate-first approach, FSOC can have an important role in protecting the nation’s economy and American consumers.”

Under Section 113 of the Dodd-Frank Act, the FSOC was authorized to determine that a nonbank financial company’s material financial distress—or the nature, scope, size, scale, concentration, interconnectedness, or mix of its activities—could pose a threat to U.S. financial stability. Such companies are subject to consolidated supervision by the Federal Reserve and enhanced prudential standards.

On Sept. 29, 2017, the Council announced it had voted to rescind the designation of AIG, and on June 28, 2016, it voted to rescind the designation of GE Capital Global Holdings, LLC. Both had shrank by more than half their former sizes in efforts to lose the label. MetLife, which shed its retail operations in response to the designation, lost the label after winning a court battle against the FSOC back in January. The judge in the case decided that FSOC had erred by failing to establish the firm’s actual — rather than theoretical — potential for insolvency.

As for Prudential, in its “Notice and Explanation of the Basis for the Financial Stability Oversight Council’s Rescission of its Determination Regarding Prudential Financial Inc.,”dated Oct. 16, 2018, the conclusion states:

Based on the Council’s analysis of Prudential and on changes since September 2013 that could be material to the Council’s conclusions, and in light of the statutory considerations, the Council has rescinded its final determination that material financial distress at Prudential could pose a threat to U.S. financial stability and that Prudential shall be supervised by the Board of Governors and be subject to enhanced prudential standards.