A potential landmark case for the life settlement industry is not exactly on the fast track to being settled. Nevertheless, the industry will be keeping a close eye on the federal district court case in California, Larry Grill, et al. v. Lincoln National Life Insurance Company, as an outcome in favor of the plaintiff would have a profound impact on consumers becoming aware of a life settlement option before accepting the cash surrender value or lapsing a policy.

In this case, the owners of a life insurance policy purchased in 2004 with a face value exceeding $7 million brought suit alleging claims for fraudulent concealment, financial abuse of an elder and violation of California’s Unfair Competition Law, stemming from the carrier’s failure to inform them of the existence and possibility of selling their policy into the secondary market. The plaintiffs surrendered a large portion of the policy back to the carrier, potentially resulting in the loss of millions of dollars if they had obtained a life settlement for the policy instead.

“This is an important case for the life settlement industry because it’s one of the first lawsuits alleging that life insurers have an affirmative obligation to disclose the existence of the life settlements option,” said Darwin Bayston, President and CEO of the Life Insurance Settlement Association.

Bayston told Insurance Forums recently that key the issue in this case for LISA is that the organization wants life insurance policyholders to be aware of all the options available to them if the policy is no longer needed, wanted or affordable – one of them being a life settlement via the secondary market.

He added that from the LISA perspective, the case is NOT about Lincoln National specifically, which he said does not preclude its reps from talking to clients about a life settlement option. It is about the fact that the plaintiffs were not made aware of the option, and that carriers and broker-dealers in most states are not presently required to inform clients about all of their options before lapsing a policy, including life settlements.

“In case of a life insurance company who sells a life insurance policy to an insured, it seems that company should basically inform whoever bought that product of their rights, and not deny them knowing about that before they lapse a policy,” Bayston said.

Currently, there are six states – Kentucky, Maine, New Hampshire, Oregon, Washington and Wisconsin – that have passed laws regarding life insurance disclosure requirements that ensure clients know about their options before a lapse occurs.

“There is a great information gap out there,” Bayston said. “My passion would be that every senior is at least aware of the options available to them before they just give a policy back. If it has value, you should know what that value is.”

As far as the Grill v. Lincoln National case is concerned, the suit alleges the plaintiffs approached the defendant’s agent and were told their only options were to pay more premiums into the policy or undertake a partial surrender to decrease the cost of the policy. The plaintiffs chose to surrender more than $5 million of the original face value. When they learned they might have been able to obtain a life settlement instead, they filed suit.

The carrier filed a motion to dismiss for failure to state a claim upon which relief can be granted. The court ultimately dismissed the claim, but did so with leave to amend to cure the deficiencies in the pleadings, and with a clear indication that the court believes the plaintiffs’ claims are viable and can proceed once they were correctly presented.

One of the plaintiff’s attorneys, Daniel L. Warshaw of Pearson, Simon & Warshaw, LLP, told Insurance Forums that defendant The Lincoln National Life Insurance Company filed an Answer to the Third Amended Compaint on Oct. 14. “The parties will begin the discovery phase while plaintiffs begin to prepare their motion for class certification. The Court has not yet set any dates,” Warshaw said. 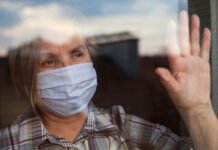 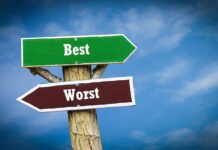 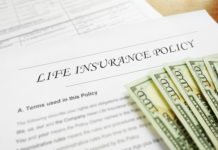