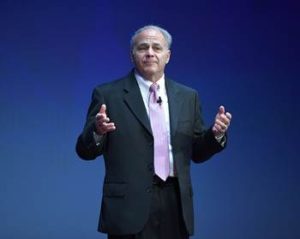 Opening the 2018 LIMRA Conference in New York amidst more than 900 attendees on Monday, Robert A. Kerzner, CLU, ChFC, president and CEO of LIMRA, LOMA and LL Global, discussed how the life insurance and retirement industries have changed over his 44-year career, declaring the rate of change is accelerating especially for distribution.

Kerzner, who is retiring at the end of this year after 14 years as CEO at LIMRA, discussed how technology has improved underwriting, marketing and product design. Citing the many direct-to-consumer and engagement platforms that have popped up over the past five years, he explained that consumers’ expectations have evolved. “Whether its retail, affinity or workplace, consumers expect an easy and engaging experience, Kerzner said. “Technology solutions have helped companies progress but there is still far more we have to do.”

Dramatic advances in technology have supported companies’ ability to set a path toward true digitalization. “While our research indicates every company has initiatives underway to transform into a digital organization, current legacy systems and budget priorities constrain them. Those who figure it out will be clear winners in the next 5 to 10 years,” Kerzner said.

Kerzner suggested industry transformation could come from outside technology disruptors, like Amazon, Google or Facebook, platforms where consumers – especially younger ones – already shop, share and trust.

“These tech players are already digitally native,” Kerzner said. “They look at a business problem from a digital perspective. Rather than competitors, could they be the new distribution we are seeking? Could they or someone else become a financial service super-marketplace where people will go to get any type of financial service product?”

Kerzner closed his remarks reminding the audience that the pace of change occurring now is slower than it will for the next 5 years, so he suggested, “buckle up.”

“The truth is you can’t stop disruption – I showed you how different it was 44 years ago to prove that change happens. Companies shouldn’t fear change, they should embrace it because change allows for new opportunities and growth.”

Kerzner’s successor, David Levenson, will take over on Jan. 1, 2019. Levenson, who is at this week’s event, spent the past six years as a principal at Edward Jones, where he was responsible for products distributed through its network of 17,000 advisors. Prior to that, he was president of wealth management at The Hartford Financial Services Group.

In other news from this week’s LIMRA annual meeting, LIMRA and LOMA are conducting demonstrations of a new portal they developed called FraudShare, intended to help companies with life, annuity, asset management and retirement plan services product lines identify and deter fraudulent attacks.

Interested parties can “test-drive” FraudShare during the Fraud Symposium as part of the LIMRA conference. LIMRA and LOMA expect to officially launch FraudShare within the next 90 days.

LIMRA research finds that three quarters of firms surveyed believe the incidence of fraud is becoming more prevalent in life insurance, annuities and retirement plans. More than half of companies are seeing an increase in fraud attempts in the defined contribution plan space. The study found the most common attacks center around account takeovers, claims and disbursements, which cost the industry billions of dollars.

“Criminals are becoming more sophisticated in their attempts to take over clients’ accounts and exploit any vulnerabilities they can find in life insurance, annuity and institutional retirement operations,” said Kerzner. “We believe part of a comprehensive fraud prevention system for the industry should include a tool for companies to share detailed information about how the fraud is being perpetrated in real time. We built FraudShare, in collaboration with more than 30 financial services companies, to be the fraud information-sharing and alert system for the industry.”

In September 2018, seven teams of developers and designers from the life insurance and retirement industries participated in a LIMRA/LOMA “hackathon” to help create an innovative information-sharing platform. LIMRA and LOMA took the best aspects of the seven submissions to develop FraudShare.

Still a prototype, FraudShare will initially focus on account takeover fraud in the individual life insurance, individual annuity and retirement plan lines of business. LIMRA and LOMA will scrub the data submitted to the industry clearinghouse, apply analytics and generate alerts. These alerts will indicate the type of fraud scheme, its threat level and information that will enable companies to identify fraudsters and take preventive actions. Companies also will be able to benchmark their fraud experience versus their peers and communicate with one another via a secure network.

For the first time, LIMRA is hosting an InsurTech Panel at its 2018 Annual Conference.

Following the demonstrations, attendees will hear a discussion from a panel of experts, who are investing and helping to generate solutions for the future of the life insurance industry:

The insurtech sector of the industry has been rapidly growing. According to CB Insights, there was $2.3 billion invested in insurtech start-ups in 2017.

To learn more about the Fraud Symposium, the InsurTech panel or the LIMRA Annual Conference, please visit: www.limra.com/annual.