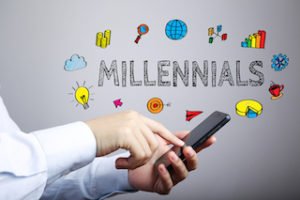 The Millennial generation is now the least prepared for unexpected life events due to a lack of adequate life insurance coverage, according to the latest edition of New York Life’s Life Insurance Gap survey, released Nov. 13.

The survey asks Americans to compare how much life insurance they need, based on living expenses and plans for their loved ones, with the amount of life insurance protection they have in place. Millennials – who are age 22 to 37 this year – being the most exposed contrasts with the 2013 edition of the study, which found Gen X (38 to 53 years old this year) under the most pressure.

In addition, the survey findings illustrate that only 10% of Millennials have enough life insurance to cover 100% of their needs, which can include mortgages, funding retirements or financing a child’s college education. However, Millennials feel more financially secure than the overall population, with 81% saying they feel financially secure versus 76% of all respondents.

“While 10% of Millennials already enjoy the peace of mind that comes from taking a protection-first financial planning approach, too many members of this generation are starting a family or buying a home without access to replacement income if the worst were to happen,” said Brian Madgett, vice president, New York Life. “Life for young families is unquestionably busy and complicated, but there is security and peace of mind in looking beyond today, and knowing their loved ones are protected against future financial shocks.”

New York Life’s Life Insurance Gap survey examines the financial planning attitudes and behaviors of 1,738 Americans ages 25-70 who are married and/or have financial dependents, including 1,176 adults who have life insurance. The survey focuses on how much life insurance coverage Americans currently have in place and what they want their life insurance policies to cover in the event of the death of the breadwinner, resulting in a self-reported gap. Both the 2013 and 2018 gap surveys were commissioned by New York Life, the nation’s largest mutual life insurer.

Additional key findings from the Life Insurance Gap survey include:

“Millennials are missing an opportunity to take a ‘protection first’ approach to financial goals such as saving for retirement or owning a home,” added Madgett. “Without life insurance, even the best laid plans can be ruined by the death of a breadwinner. The good news is that more than two-thirds of Millennials, who have the time and opportunity to better prepare themselves, say that having enough life insurance to protect their family is an important goal for them.”

Millennials in the hot seat compared to other generations

The 2018 study was conducted by Ipsos from June 12-26, 2018 on behalf of New York Life. For the survey, a sample of 1,738 adults between ages 25-70 from the U.S. was interviewed online, in English. This sample includes 1,176 adults who have life insurance and another 562 adults who have no life insurance coverage. To qualify for the survey, respondents had to be married and/or have financial dependents and have an annual household income of at least $50,000.

The 2013 survey was conducted by The Futures Company, an independent third-party research company, on behalf of New York Life. A total of 1,004 (unweighted) nationally representative online surveys were conducted from April 24 to May 1, 2013. Participants had to be at least 25 years of age, married or with financial dependents and/or have sole or shared household financial decision-making power, and had to have annual household income of at least $50,000.

Both surveys used generational information as defined by the Pew Research Center.