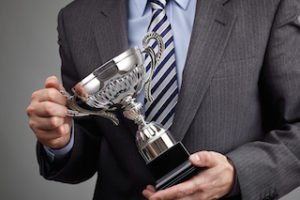 The National Association of Insurance and Financial Advisors (NAIFA) just announced that Robert M. Roach, CLU, ChFC, AEP, Partner at Roach McIntyre & Associates in Columbus, Ohio, and a Financial Representative with Northwestern Mutual since 1968, is the recipient of the inaugural Terry Headley Lifetime Defender Award.

Roach, a loyal member since 1970, is a Past President of NAIFA’s Ohio chapter and has served on NAIFA’s national Board of Trustees. He has chaired NAIFA’s national Political Involvement Committee and Policy Formation Subcommittee. He is a Capitol Club IFAPAC contributor, with a lifetime IFAPAC rank of 4-Star General. He actively participates in NAIFA grassroots programs and events, including the Congressional Conference.

“Bob Roach is an extraordinary NAIFA citizen,” said NAIFA President Tom Michel, LACP. “We can all learn from his example as an advocacy leader and unselfish IFAPAC donor. He understands the importance of political advocacy and IFAPAC to ensure that NAIFA’s voice is heard in Washington, D.C., and on the state level in Columbus. He shows us all how NAIFA members can make a real difference through their political involvement and giving. I am very pleased to congratulate Bob as the first-ever recipient of the Terry Headley Lifetime Defender Award.”

Roach will receive the honor at NAIFA’s National Leadership Conference in Washington, D.C., on December 6. He will be presented the award by NAIFA Past President and IFAPAC Co-Commander-in-Chief Robert Miller, M.A., M.S.

The Terry Headley Lifetime Defender Award recognizes a current NAIFA member who shows exemplary service to their profession, colleagues, and clients through their political advocacy and contributions to IFAPAC. NAIFA is the leading advocacy association for producers in the insurance and financial services industry, working for positive legislative and regulatory outcomes at the federal, interstate, and state levels.

NAIFAPAC is a leading insurance political action committee with associated PACs in every state supporting selected candidates for legislative office. Participation in advocacy initiatives is one of the ways that association members are “good NAIFA citizens.”

Former NAIFA President Terry Headley, LUTCF, LIC, FSS, has a long, distinguished record of service to NAIFA. He has been recognized as a key NAIFA contact for multiple members of the Nebraska Congressional delegation and state legislators over the years. Headley has served in leadership roles at the local, state, and national levels. He is also an IFAPAC Capitol Defender. Headley and former NAIFA President Robert Miller, M.A., M.S., are known as “IFAPAC Co-Commanders in Chief” based their IFAPAC lifetime giving.